Kurupt Net Worth: Kurupt is an American rapper and actor who has a net worth of $500 thousand. Born Ricardo Emmanuel Brown in Philadelphia, Pennsylvania, in 1972, Kurupt grew up surrounded by music and moved to California when he was 16 to pursue his music career. He landed with Death Row Records during the '90s with Lady of Rage, Snoop Dogg, Daz Dillinger, RBX and Dr. Dre.

They all appeared on "The Chronic" with Dr. Dre, and Kurupt and Daz Dillinger created Tha Dogg Pound. The group jumped into the East Coast vs. West Coast feud with "New York, New York" and Snoop Dogg. He left the label after Tupac died and released his first solo album, "Kuruption!", in the late '90s. Tha Dogg Pound was later renamed Dogg Pound Gangstaz, and the duo released "Dillinger & Young Gotti" before Kurput dropped his second solo album: "Space Boogie: Smoke Oddessey". When Kurput returned to Death Row Records, it sparked a feud with Daz, who'd also had a falling out with the label. As VP of the company, Kurput began working with new artists including Crooked I and Spider Loc. He released another solo album before Snoop Dogg was able to reunite Kurput and Daz to reform Tha Dogg Pound. The duo released "Dillinger & Young Gotti II: The Saga Continuez", "Cali iz Active" and "Dogg Chit" between 2005 and 2007. Between 1998 and 2014, Kurput has released six solo studio albums and four compilations. He has appeared in dozens of TV shows and movies, including "Fastlane", "Dark Blue", "Stand By Your Man", "Johnson Family Vacation", "A Day in the Life", and "The Penthouse". He was nominated for one Grammy for "What Would You Do" in 1996. 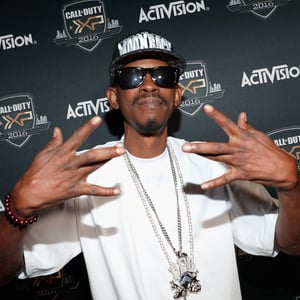