Kuniva net worth: Kuniva is an American rapper who has a net worth of $3 million. Kuniva was born in Detroit, Michigan in December 1976. He is best known for being a member of the hip hop group D12. The group formed in 1996 and disbanded in 2018. Kuniva is the only member of the group that was with them the whole time. Their debut studio album Devil's Night was released in 2001 and reached #1 on the Billboard 200 chart and in Canada and the Top 5 in Australia, Belgium, Germany, New Zealand, and the UK. They released the album D12 World in 2004 which reached #1 on the Billboard 200 and in Australia, Canada, New Zealand, and the UK. D12's single "My Band" reached #6 on the Billboard Hot 100 and #1 in Australia and New Zealand. They also had success with the singles "Shit on You", "Purple Pills", "Fight Music", and "How Come". 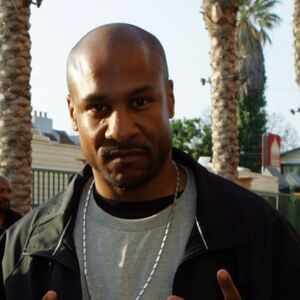