What Is KSIOlajidebt's Net Worth?

KSIOlajidebt (also known as KSI) is an English YouTube personality, video game commentator, comedian and rapper. KSI has a net worth of $25 million. As of this writing, he has three YouTube channels; "KSI," "JJ Olatunji," and "KSIClips," and his videos have amassed more than 8.6 billion views. His main channel has 23.3 million subscribers, and he is also a member of the YouTube group the Sidemen, which manages four channels, "Sidemen," "MoreSidemen," "SidemenReacts," and "SidemenShorts."

KSI has intimated in interviews that his net worth is much higher than $20 million, perhaps north of $30 million.

KSIOlajidebt's name comes from the gaming community "KSI" plus his real name, Olajide, and BT British Telecom. He mostly plays and comments on FIFA games and has played FIFA with Arsenal and England midfielder Alex Oxlade-Chamberlain. As a rapper, KSI released the single "Lamborghini" (featuring P Money) in 2015, and it reached #7 on the UK R&B chart and #30 on the UK Singles Chart. He has released the studio albums "Dissimulation" (2020) and "All Over the Place" (2021), and he has been featured on singles by BlacknWhite, Sway, and Yogi. In 2015, KSI published the book "KSI: I Am a Bellend," which was titled " "I Am a Tool: How to Be a YouTube Kingpin and Dominate the Internet" in the U.S.

Logan Paul and KSI famously hate each other, and on August 25, 2018, KSI and Logan held a pay-per-view boxing match that was promoted as "the biggest internet event in history." The fight ended in a draw, and a rematch took place on November 9, 2019, at the Staples Center in Los Angeles. The first fight was watched by 2.25 million viewers live, with 1 million watching via pay per view and another estimated 1.2 million watching illegally via Twitch streams. In the end, 1.3 million purchased the fight via PPV, generating around $13 million in revenue. It's likely that Logan and KSI each earned around $2 million total from the match before taxes when all other sources like merchandise are added. For the second fight, they each were guaranteed a minimum $900,000. Their total earnings for the second fight, which was broadcast by boxing company DAZN USA, likely topped $3 million each. KSI previously fought another YouTuber he was feuding with, Joe Weller, and won in the third round, defeating Weller with a technical knockout. On YouTube, 1.6 million watched the fight live, and within 24 hours, it had garnered 21 million views.

KSIOlajidebt was born Olajide Olayinka Williams Olatunji on June 19, 1993, in Watford, Hertfordshire, England. His mother, Yinka, is from London, and his father, Jide, is from Nigeria. KSI has a younger brother, Deji, who is also a YouTuber; in 2015, KSI was ranked #1 on Tubular Labs' list of the "UK's Most Influential YouTube Creators," and Deji was ranked #2. KSI attended Berkhamsted School, where he met Simon Minter, who would later join KSI as a member of the Sidemen. In 2018, Deji released a video that showed KSI's personal bank records, and KSI publicly expressed anger at his family for Deji's actions, saying, "Don't you f**king dare put my information out on blast like that. I keep that shit private. Mom, dad, I'm disappointed."

In 2008, KSI launched his first YouTube channel under the user name "JideJunior," and he created the "KSIOlajideBT" account in July 2009. After he began earning a steady revenue from his FIFA gaming–commentary videos, he dropped out of sixth form college. KSI later branched out to vlog-style videos and featured a wider variety of games in his videos, and he reached one million subscribers in 2012. He signed with Polaris, a sub-network of Maker Studios, in 2013, and in October of that year, he became a member of the Sidemen, a British YouTube group that posts videos of sketches, challenges, and video game commentary. In August 2017, KSI announced that he had left the Sidemen, then he released diss track videos about the other members. 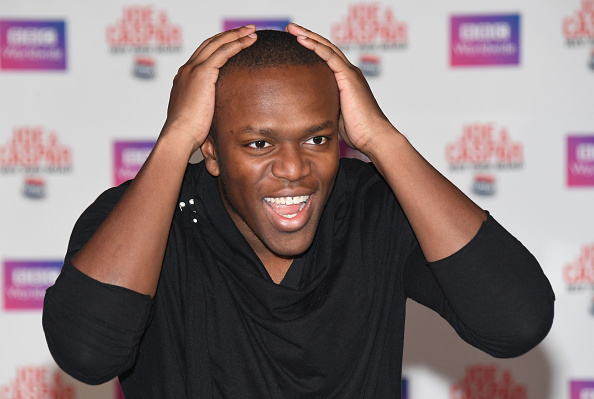 KSI released his debut album, "Dissimulation," in May 2020, and it reached #1 on the Irish Albums Chart and #2 on the UK Albums Chart. The Gold album featured the singles "Down Like That" (featuring Rick Ross, Lil Baby and S-X), "Wake Up Call" (featuring Trippie Redd), "Poppin" (featuring Lil Pump and Smokepurpp), "Houdini" (featuring Swarmz and Tion Wayne), and "Killa Killa" (featuring Aiyana-Lee). His follow-up, 2021's "All Over the Place," topped the UK Albums Chart and included the Gold singles "Really Love" (featuring Craig David and Digital Farm Animals) and "Don't Play" (with Anne-Marie and Digital Farm Animals). KSI has also released the EPs "Keep Up" (2016), "Jump Around" (2016), "Space" (2017), and "Disstracktions" (2017).

KSI is passionate about charity work and has participated in the charity television shows "Comic Relief," "Stand Up To Cancer," "Children in Need," and "Sport Relief." In 2015, he donated $10,000 to YouTuber Castro1021's online charity stream, and he took part in a Race Against Slime event to raise money for SpecialEffect, a U.K.-based organization that puts "put fun and inclusion back into the lives of people with physical disabilities by helping them to play video games." KSI and his fellow Sidemen hosted three charity football events between 2016 and 2018 and raised nearly £400,000  for charities such as Childline, the Saint's Foundation, and the Charlton Athletic Community Trust. In 2020, KSI donated $60,000 to the Black Lives Matter Global Network Foundation and other charities that are dedicated to supporting black lives, and he donated clothing to the Seaview Project. That year he also joined "The Independent's" Help the Hungry campaign and the "Evening Standard's" Food for London Now campaign, and he performed on the charity single "Stop Crying Your Heart Out" for Children in Need. In 2021, he donated £10,000 to Comic Relief during BBC Radio 1's "Lol-a-thon."

KSI is a supporter of the London football club Arsenal F.C., and he has appeared on AFTV, a channel for Arsenal fans. In 2012, he was accused of sexually harassing women at a Eurogamer event and sexually assaulting spokesmodel Brandy Brewer. Though Brewer later tweeted, "I consented to the motorboat it's called comedy……relax," KSI was banned from future Eurogamer events.

In 2016, KSI won a Diamond Creator Award/Youtube Creator Reward at the YouTube Creator Awards, and the NME Awards named him Vlogger of the Year. In 2020, he won an Amazon Music UK award for Best Song for "Lighter," and the song also earned him a BRIT Award nomination for Best British Single. KSI has earned three Shorty Award nominations, Best in Gaming in 2012, YouTuber of the Year in 2017, and Best YouTube Ensemble (with the Sidemen) in 2019. "Sidemen: The Book" received a British Book Award nomination for Non-Fiction: Lifestyle Book of the Year in 2017, and that year he also earned a BBC Radio 1's Teen Choice Award nomination for Best British Vlogger. KSI has also received nominations from the Global Awards (Social Media Superstar, 2018), MTV Awards (Hottest Summer Superstar, 2020), MOBO Awards (Best Media Personality, 2020), and TMTV Awards (Hottest Summer Superstar, 2021).

In a 2020 interview with "Men's Health," KSI stated that he owns more than 10 homes in England. The combined worth of these properties adds up to more than £10 million. 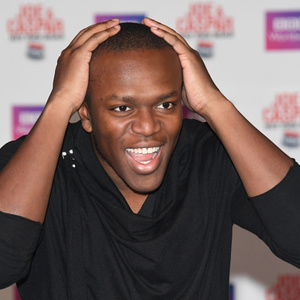