KRS One Net Worth

What is KRS-One's Net Worth?

KRS One is an American rapper, record producer, actor and activist who has a net worth of $6 million. KRS-One is a rapper who became famous in the 80s as part of the hip hop group Boogie Down Productions, which helped to pioneer the fusion of rap and reggae. Later, in 1993, he began releasing solo albums under his own name. Among KRS-One's biggest hit songs are "Sound of da Police," "My Philosophy," and "Love's Gonna Get'cha (Material Love)."

KRS-One, whose real name is Lawrence Parker, was born on August 20, 1965 in the Brooklyn borough of New York City. His mother is American and his father is from Trinidad. When he was 16, Parker left home to become an MC, and ended up living in a homeless shelter in the South Bronx. While there, he became involved in the street art graffiti scene, working under the alias KRS-One. More importantly, Parker met and began a DJ/MC relationship with youth counselor Scott Sterling, with whom he created the hip hop group Boogie Down Productions.

Boogie Down Productions and Stop the Violence Movement

Formed in 1986, the hip hop group Boogie Down Productions included Parker, going by the name KRS-One, plus DJ Scott La Rock and Derrick "D-Nice" Jones. The group released its first album, "Criminal Minded," in 1987. Tragedy rocked Boogie Down Productions shortly after this, as Scott La Rock was killed in a shooting while trying to mediate an argument between D-Nice and some local toughs. Despite this awful turn of events, the group insisted on moving forward, and released its second album, "By All Means Necessary," in 1988. Following this, Boogie Down Productions became increasingly political in its content, and released the albums "Ghetto Music: The Blueprint of Hip Hop," "Edutainment," and "Live Hardcore Worldwide." The group's final album, "Sex and Violence," came out in 1992.

With Boogie Down Productions, KRS-One gained recognition as one of the first MCs to bring a Jamaican style into hip hop music, using the Zunguzung melody of Jamaican dance halls. Boogie Down Productions was also highly influential in giving voice to the harsh reality of life in the South Bronx, paving the way for the birth of the gangsta rap movement. In response to the prevalence of violence in black communities, KRS-One established the hip hop group Stop the Violence Movement in the late 80s. Featuring some of the biggest names in East Coast hip hop, the group released a single called "Self Destruction" in 1989, with all of its proceeds going to the National Urban League. 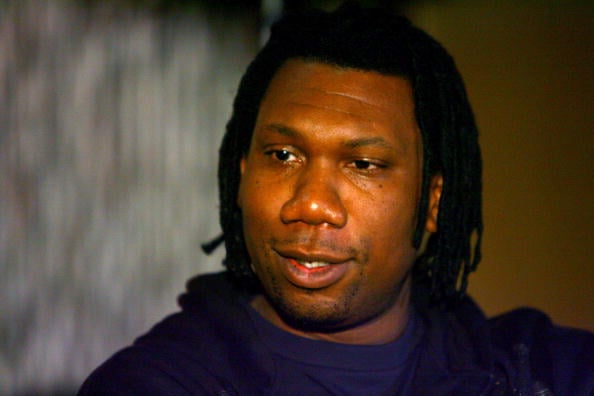 Following the end of Boogie Down Productions, KRS-One embarked on a solo career. His first solo album, "Return of the Boom Bap," came out in 1993. Two years later, he released a self-titled album featuring guest appearances by Busta Rhymes, Fat Joe, Mad Lion, and Channel Live, among others. A significant hit, the album reached number 19 on the Billboard 200 and number two on the Top R&B/Hip-Hop Albums chart, and spawned the singles "MC's Act Like They Don't Know" and "Rappaz R. N. Dainja." KRS-One's next album was 1997's "I Got Next," which became his bestselling solo album after peaking at number three on the Billboard 200. Subsequently, he released the compilation album "A Retrospective" in 2000. Following this, KRS-One recorded a string of new albums, including "The Sneak Attack," the gospel-inflected "Spiritual Minded," "Kristyles," "Keep Right," and "Life." In 2007, he released "Hip-Hop Lives," a collaboration with Marley Marl. Later albums have included "Maximum Strength," "The BDP Album," "Now Hear This," and "Between Da Protests."

KRS-One has collaborated with a range of artists throughout his career, including R.E.M., Hellafactz, and Jay-Roc N' Jakebeatz. In 2009, he made guest appearances on a number of albums, including Masta Ace and Ed O.G.'s "Arts & Entertainment" and Cormega's "Born and Raised." He also collaborated with Buckshot on the album "Survival Skills."

In the early 2000s, KRS-One founded the Temple of Hip Hop, a "ministry, archive, school, and society" aiming to promote the culture of hip hop. Embracing the genre as an authentic vehicle for the advancement of culture, faith, and politics, the group encourages fans to celebrate Hip Hop Appreciation Week on the third week of May each year. It also promotes the creation, recording, playing, and listening to of socially conscious rap music.

KRS-One has a son named Kris, who was born in 1992; a fledgling music producer and DJ, he goes by the alias Predator Prime.

KRS-One has courted some significant controversy for comments he's made over the years. Most notably, he drew ire during a 2004 panel discussion with The New Yorker when he said that "we cheered when 9/11 happened." Contextualizing the remark in a later editorial, he said that 9/11 did not affect the black community so much as the rich and powerful of the country. For KRS-One, 9/11 represented an attack on an establishment that ignored and oppressed him and other black people, an attack he thus viewed as a kind of justice. He stirred some more, less potent controversy when he released a book called "The Gospel of Hip Hop: The First Instrument," which he claimed would become a new sacred religious text in 100 years' time. 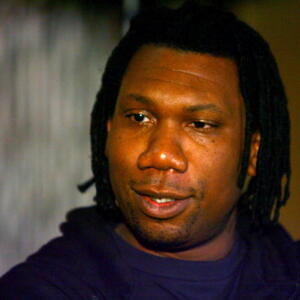