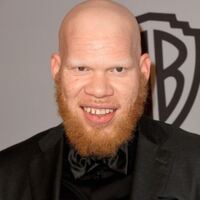 Krondon net worth: Krondon is an American rapper and actor who has a net worth of $4 million. Krondon was born in South Central, Los Angeles, California. He is part of the rap group Strong Arm Steady. The group formed in 2003 and released their debut studio album Deep Hearted in 2007. They have also released the albums In Search of Stoney Jackson in 2010 and Arms & Hammers in 2011. Strong Army Steady also released the EPs Members Only in 2012, Stereo Type (with Statik Selektah) in 2012, and Stereo Jr (with Oh No) in 2012. Krondon released his debut solo album Everything's Nothing in 2013. He has also ghostwritten songs for other artists including Dr. Dre, Snoop Dogg, and Xzibit. As an actor Krondon is best known for starring as Tobias White on the television series Black Lightning in 2018. He also appeared in episodes of the TV series Harry's Law and Celebrity Page. His real name is Marvin Jones III.