Kreayshawn net worth: Kreayshawn is an America rapper, singer and producer who has a net worth of $400 thousand. She is best-known for her viral single "Gucci Gucci" which was released in 2011.

She was born Natassia Gail Zolot on September 24, 1989 in Oakland, California. At 17 she moved out on her own and began making music on her laptop. Some early work earned her a full scholarship to the Berkeley Digital Film Institute. After two semesters she moved to Los Angeles to pursue a music career full-time.

Now performing as Kreayshawn, she released her first mixtape and music video in 2010. In May 2011 she released the song "Gucci Gucci" which was viewed three million times on YouTube in its first three weeks. It peaked at #57 on the US Billboard Hot 100 and landed her a record contract with Columbia Records. As of this writing the video has 70 million views.

Financial Problems: In December 2015 Kreayshawn revealed over Twitter that the IRS had seized her bank accounts due to an unpaid tax bill. She blamed her accountant for the financial fumble. 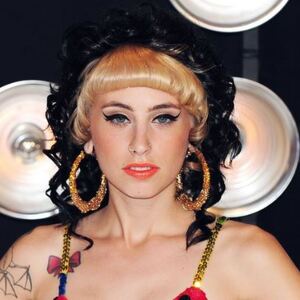