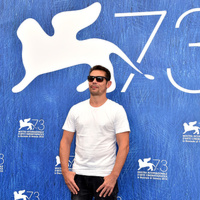 Kool Shen Net Worth: Kool Shen is a French rapper and producer who has a net worth of $8 million. Bruno Lopes (aka Kool Shen) was born February 9, 1966 in Saint-Denis, Paris, France. He is also a break-dancer and a graffiti artist as well as cofounder of Suprême NTM and a major figure of French rap. Shen was also featured on Enhancer's album Electrochoc in the song Hot. The NTM posse started out on the French music scene as a trio. The founding members of the group were Bruno Lopes, better known to rap fans as Kool Shen, Didier Morville, aka Joey Starr, and DJ'S. By 1984 the hip-hop movement was rapidly gaining momentum in France and in 1990 NTM went into the studio for the first time, recording the track Je rappe, which appeared on the French rap compilation Rapatittude, released on Label Noir. The group then set off on an extensive tour of the French provinces, performing with the other rap groups featured on the compilation album. In 2002, Joey Starr set out on his own and released a single that was originally recorded for the soundtrack of the French blockbuster Axterix et Obelix: mission Cleopatra by director Alain Chabot. Entitled Gaz-L, the song does not display much of NTM's well-known energy. During this time, Kool Shen made appearances in mainstream television which brought on a radical change of attitude, mirrored by his more serene treatment in the French media. Unfortunately, this new media image was shattered by a documentary on Parisian nighthawks in which band mate Joey Starr was seen brutalizing a monkey because it was crying too loud. This episode also contributed to reinforce a building reputation of Shen as a 'cursed artist.' Suprême NTM made their official recording comeback in the autumn of 2007 with the release of their first Greatest Hits album. NTM's reunion with their fans, however, came to a sudden end when Joey Starr was sentenced to six months in jail for violent behavior.