Kool Moe Dee Net Worth: Kool Moe Dee is an American hip-hop MC who has a net worth of $500 thousand dollars. Mohandas Dewese (aka Kool Moe Dee) was born August 8, 1962 in New York City, New York. A prominent hip-hop MC throughout the late '70s and into the early '90s, he was one of the first rappers to earn a Grammy Award and was the first rapper ever to perform at the Grammys. In the late '70s, Kool Moe Dee met Special K, DJ Easy Lee and LA Sunshine who together formed the old school hip-hop group the Treacherous Three on Enjoy Records. In 1981, they moved to Sugar Hill Records along with another Enjoy Records act Grandmaster Flash and the Furious Five. In 1985, the Treacherous Three disbanded and Kool Moe Dee attended the State University of New York at Old Westbury, where he earned a degree in communications. In 1986, he officially went solo, releasing a self-titled album which ranked 83 on Billboard and continuing on to release several other solo albums. Kool Moe Dee had a long-running rivalry with fellow New York rapper LL Cool J. Along with other rappers such as MC Shan, Kool Moe Dee claimed that LL stole his rap style. Kool Moe Dee went on to appear on Will Smith's #1 pop hit Wild Wild West and on the remix of Nas' Where are They Now with fellow old school rap artists. In 2003, he authored a book called There's a God on the Mic, which breaks down his 50 favorite MCs. In 2008, he began hosting SpitFire with Kool Mo Dee, an internet hip-hop talk show which holds discussions relating to both hip-hop culture and general issues. He also made a brief cameo in the movie Wild Style and appeared in the film Beat Street with the Treacherous Three and Doug E. Fresh. He has appeared in a total of 17 movies and TV shows as an actor and 21 as himself to date. Kool Moe Dee also portrayed a bartender in the Britney Spears feature film Crossroads and appeared on the TV show My Wife and Kids. 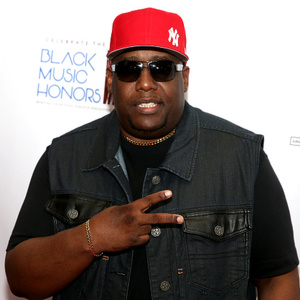