Kodak Black net worth: Kodak Black is an American hip hop artist who has a net worth of $600 thousand. Kodak Black was born in Pompano Beach, Florida in June 1997. He joined a rap group at 12 years old. Kodak Black released his debut studio album Painting Pictures in 2017. He has also released the mixtapes Project Baby in 2013, Heart of the Projects in 2014, and Institution in 2015.

His mixtape Lil B.I.G. Pac was released in 2016 and reached #49 on the US R&B/Hip-Hop chart. His best known single is "Tunnel Vision" which reached #2 on the US Rap chart, #4 on the US R&B/Hip-Hop chart, and #8 on the Billboard Hot 100 chart. Kodak Black has also collaborated with other artists including French Montana, Yo Gotti, Rae Sremmurd, DJ Khaled, Jeezy, and more. He has faced several legal issues and has been arrested multiple times including in February 2017. In March 2017, Kodak released a music video that featured the infamous "Cash Me Ousside" girl, AKA Danielle Bregoli. There are also rumors the two slept together which would be a felony because Danielle is only 13 years old. 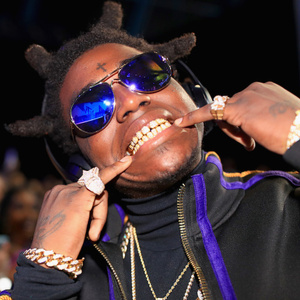