What is Kid Cudi's net worth?

Kid Cudi is an American hip-hop recording artist and actor who has a net worth of $16 million He has been widely recognized as an influence on many hip-hop and alternative acts. Kid Cudi has sold more than 5.2 million digital singles and has worked with artists such as Kanye West, Jay-Z, Common, Mary J. Blige, David Guetta, Shakira, MGMT, Snoop Dogg, and Michael Bolton.

Kid Cudi was born Scott Ramon Seguro Mescudi on January 30, 1984 in Cleveland, Ohio. He is the youngest of four children to Elise and Lindberg Mescudi. His father died of cancer when Cudi was just 11 years old and his passing had a lasting impact on Cudi's personality and, subsequently, his music. He attended Shaker Heights High School for two years before transferring to Solon High School. He was expelled from school for threatening to punch his principal and then later earned his GED. Cudi studied film at the University of Toledo, dropping out after a year to join the US Navy but was denied due to his juvenile police record.

Cudi first began rapping in high school and later moved to Brooklyn, where he moved in with his uncle, to become a rapper. In 2008, he released his first full-length project, a mix tape called "A Kid Named Cudi", which caught Kanye West's attention. West signed Cudi to his GOOD Music label and Cudi got to work writing songs and featuring on other artists' artists. Kid Cudi's first TV appearance was at the 2008 MTV Video Music Awards and was promoted as an artist to watch in media such as Rolling Stone.

Kid Cudi released his debut album, "Man on the Moon: The End of the Day" in 2009. Cudi's debut single "Day 'n' Nite", was an immediate international hit and reached the top five of the Billboard charts and the album reached number four. The album was certified double platinum by the RIAA.  He released his second album "Man on the Moon II: The Legend of Mr. Rager" in 2010 which reached #1 on both the US Rap and US R&B charts and #3 on the Billboard 200 chart. Cudi then formed the rock band WZRD with his long-time collaborator Dot da Genius. They released their first album in 2012 and it debuted at No. 1 on the Billboard Top Rock Albums chart. That same year, Cudi won his first Grammy award for Best Rap Performance for the song "All of the Lights."

Kid Cudi's next solo album "Indicud" was released in 2013 and reached #1 on the US Rap and US R&B charts and #2 on the Billboard 200. His album "Satellite Flight: The Journey to Mother Moon" was released in 2014, reaching #2 on both the US Rap and R&B charts and #4 on the Billboard 200. Kid Cudi has also released the albums "Speedin' Bullet 2 Heaven" in 2015 and "Passion, Pain & Demon Slayin'" in 2016. Cudi released a joint album with Kanye West under the name "Kids See Ghosts". The eponymously named album was met with widespread critical acclaim and was named on many lists as one of the best albums of 2018. In 2020, Cudi earned his first Number One song on the Billboard Hot 100 with "The Scotts," which was a collaboration with rapper Travis Scott. Cudi has since gone on to launch his own record label imprints Dream On and Wicked Awesome Records. In October 2020, Cudi announced he was working on a new album, "Man on the Moon III." 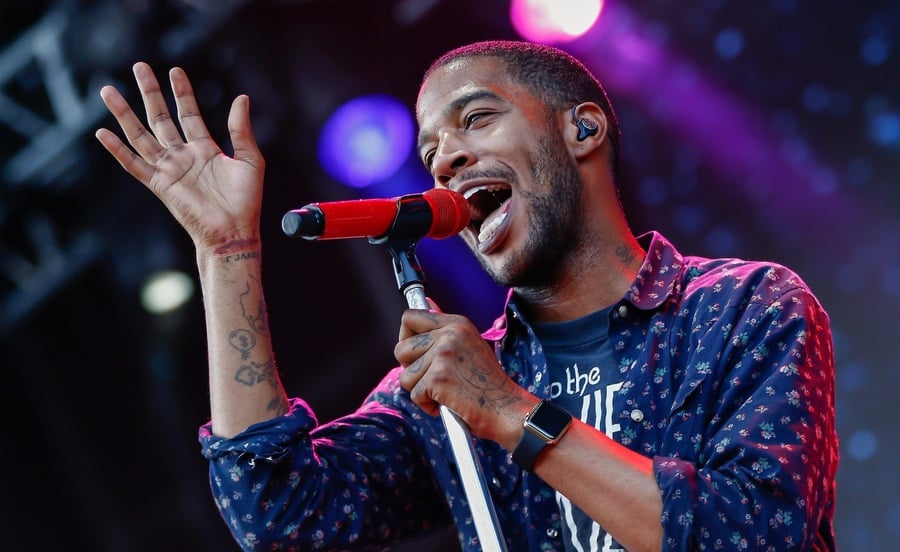 Kid Cudi has also established himself as an actor, with his first on screen appearance in 2010 in the television drama "One Tree Hill." He appeared as himself and performed his single "Erase Me" during the episode. In 2010, Cudi began starring in the HBO comedy series "How to Make It in America" as part of the main cast. He starred on the show for two seasons until it was canceled in 2012.

In 2010, Kid Cudi released a short film called "Maniac" directed by Shia LeBeouf, in which he and fellow rapper Cage star as French-speaking serial killers. In 2012, Cudi starred in an indie romantic comedy called "Two Night Stand." He also starred that same year in indie thriller "Tacoma" alongside Patricia Clarkson. In 2013, Cudi guest-starred on the FOX comedy series "Brooklyn Nine-Nine." Later that year, he starred alongside Adrian Grenier in "Goodbye World." In 2013, he was cast in "Need for Speed," his feature film debut. The next year, Cudi starred on the CBS series "Scorpion." In February 2014, it was announced that Cudi would appear in the film adaptation of the HBO series "Entourage."

In April 2014, Cudi both starred in and curated the film score for "James White" alongside Christopher Abbott and Cynthia Nixon. In January 2015, he took on his first role of a villain in "Vincent N Roxxy" alongside Emile Hirsch and Zoe Kravitz. In 2019, Cudi had small roles in "Drunk Parents," "Jay and Silent Bob Reboot," and "Bill & Ted Face the Music." He is slated to appear in "Dreamland" and "We Are Who We Are" on HBO. 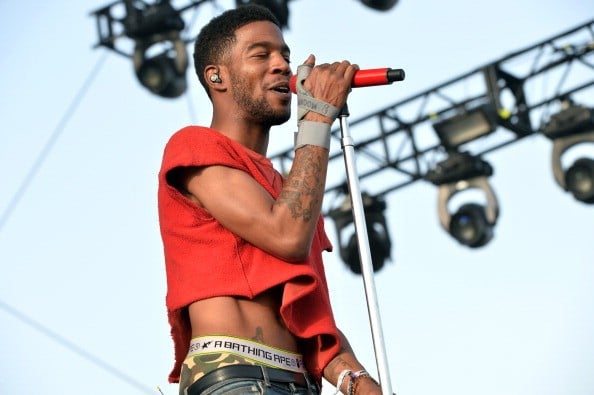 Cudi began an on-again, off-again relationship in 2009 with entertainment attorney Jamie Baratta. They were a prominent couple within the music industry.

Cudi has a daughter, Vada Wamwene Mescudi, who was born in March 2010. Throughout 2012, Cudi was in a custody battle over his daughter. Reports surfaced that Cudi gave up custody after his child's mother accused him of being an absentee father, as well as having violent tendencies and a "long history of consistent drug and alcohol abuse." Cudi and his attorney disputed these claims in a statement that noted that Cudi did not give up custody, and that results had come back negative for a drug test voluntarily taken by Cudi. He also had proof that he had been contributing financially to his daughter's life. Details of the official custody agreement remain private. Cudi has since purchased a house in Chicago to be close to his daughter. 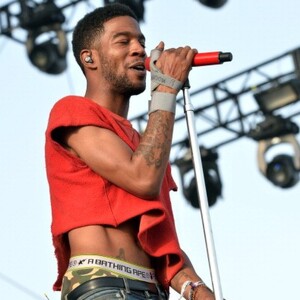