Kid Capri net worth: Kid Capri is an American DJ and rap artist who has a net worth of $4 million dollars. Kid Capri, also known as David Anthony Love, Jr., was born in The Bronx, New York. He began deejaying for block parties when he was in elementary school, and began to build a name for himself in his late teens while deejaying for Studio 54.

He went on to release an EP with Warner Bros. Records in the early 90s. He has also produced tracks for Boogie Down Productions, Grand Puba, and Quincy Jones, among others. He toured with Puff Daddy (aka P Diddy), as part of the "Puff Daddy and the Family" World Tour in the late 90s, and went on to release his first full-length album, "Soundtrack to the Streets" with Columbia Records in 1998. He served as the DJ for seven seasons of "Def Comedy Jam", and recently launched his own record label called, No Kid'n Records. He is the lead judge on "Master of the Mix" on BET, and recently remixed "Masterpiece" for Madonna's album, "MDNA". 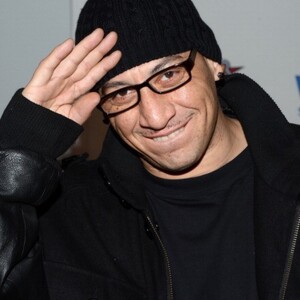