Khujo Goodie net worth: Khujo Goodie is an American hip hop musician who has a net worth of $1 million. Khujo Goodie was born in Atlanta, Georgia in March 1972. He is best known for being a member of the Goodie Mob as well as half of the duo The Lumberjacks. Khujo Goodie released his debut solo studio album The Man Not the Dawg in 2002.

He has also released the albums Mercury in 2007 and G-Mob Godfather in 2009. Goodie was featured on the album Georgiavania with Willie Isz. Goodie Mob formed in 1991 and released their debut studio album Soul Food in 1995. Their album Still Standing was released in 1998 and reached #2 on the US R&B chart and #6 on the Billboard 200 chart. Goodie Mob released the album World Party in 1999 which reached #8 on the US R&B chart. They also released the albums One Monkey Don't Stop No Show in 2004 and Age Against the Machine in 2013. Their single "Cell Therapy" reached #1 on the US Rap chart. Khujo Goodie was also featured on The Lumberjacks albums Livin' Life as Lumberjacks in 2005 and A.T.L. 2 (A-Town Legends 2) in 2008. 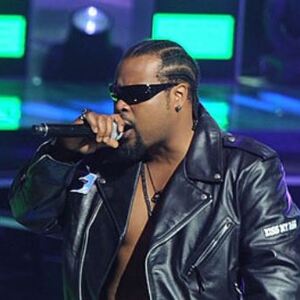