Khleo Thomas net worth: Khleo Thomas is an American actor, singer, and rap artist who has a net worth of $500 thousand. Khleo Thomas was born in Anchorage, Alaska, and grew up in Germany and the US. He began his professional acting career in the late 90s, with an appearance on "Kids Say the Darndest Things".

From there, he went on to guest starring roles on such shows as, "Family Law", "City Guys", "ER", "The Wayne Brady Show", "The Bernie Mac Show", "Teachers", "CSI", "House M.D.", "90210", "Parenthood", "Sons of Anarchy", and most recently, "Bones". He also co-starred in such films as "Friday After Next", "Holes", "Walking Tall", "Roll Bounce", "Dirty", and "Boogie Town". In 2003, he began his recording career, with his first track appearing on the soundtrack of "Holes". Since then, he has released four mixtapes and two studio albums. He has also guest performed on tracks from such artists as Bow Wow and Soulja Boy. 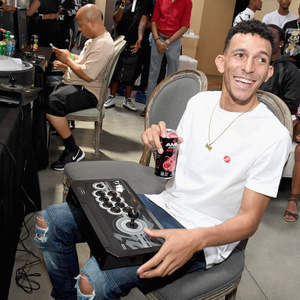