How much is Kevin McCall Worth?

Kevin McCall net worth: Kevin McCall is an American singer-songwriter, producer, and rap artist who has a net worth of $1 million dollars. Kevin McCall was born in Watts, California, and began his professional music career, primarily as a writer and producer, in 2007. He is currently signed to RCA Records and Chris Brown Entertainment. Since 2010, he has written and/or produced multiple tracks for Chris Brown, including "Burnt", "Shoes", "Big Booty Judy", "Work Wit It", "Twitter (Follow Me)", "Deuces", "Ain't Thinkin' 'Bout You", "Make Love", "Miss Breezy", "You Want Me", "Yesterday", and "One Night Stand". He also wrote and/or produced "Lighthouse" for Joe Jonas and "Christmas Eve" for Justin Bieber. He has released five mixtapes and three major singles. His track, "Strip", performed with Chris Brown, reached #3 on the US R&B charts. His track, "Deuces", was an R&B #1, and earned him a Grammy Award nomination for Best Rap/Song Collaboration in 2011. 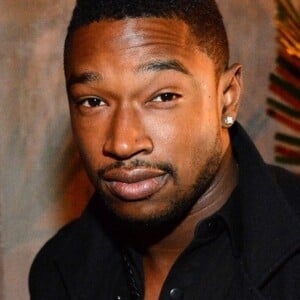