Kevin Gates Net Worth: Kevin Gates is an American rapper and singer who has a net worth of $1 million. After collaborating with a number of well-known musicians over the years, Kevin Gates has risen to prominence as a solo artist after releasing his debut album. The album illustrated Kevin Gates' talents and his deep, meaningful lyrics that tackle themes such as depression and poverty. He also frequently raps about his experiences with prison, as he has been arrested many times for various crimes.

Early Life: Kevin Gates was born on February 5th of 1986 in Louisiana, although his family moved to Baton Rouge shortly afterward. Gates' upbringing was not always pleasant, as his father wasn't part of his life and he fell into crime from an early age. Gates was first arrested at the age of 13, although he did manage to attend community college for a brief spell. His father died shortly after Gates reconnected with him as a teen.

Early Career: Kevin Gates showed an interest in music from a young age, and he signed to Dead Game Records in 2007. Along with figures like Boosie and Webbie, Kevin Gates put Baton Rouge on the map as far as hip-hop was concerned. Boosie eventually became one of the most prominent rappers from this city, and Kevin Gates benefited from collaborating with him on a number of songs. His career screeched to a halt in 2008 when he was incarcerated, but he emerged in 2011 with a master's degree in psychology and a newfound determination to succeed in the music world.

His first mixtape upon release, Make 'Em Believe, gained the attention of Lil' Wayne's record label, Young Money Entertainment, and Gates was soon signed as part of the management wing (not as a rapper). However, Gates used this experience to learn how to run his own record label in the future.

Breakthrough: By 2013, Gates had started the Breadwinners' Association record label, and he released another mixtape through this new company. Another mixtape soon followed, and both of these releases performed well in terms of their critical reception and popularity. This surge in popularity prompted Gates to embark on a four-month touring campaign across the United States. However, the rapper soon experienced another setback when he was incarcerated once again. Although prison time was looming, he released another mixtape in 2014.

Debut Album and Later Work: In 2015, Kevin Gates released his 13th mixtape, and his fans were begging for something more. 2016 would see the release of Gates answer their pleas with the release of his first studio album, Islah. The album was a considerable success, peaking at number two on the Billboard Top 200 and selling over 110,000 units in its first week. From 2016 onwards, Kevin Gates released more mixtapes and several EPs.

Business Ventures: Aside from rapping, Kevin Gates has exhibited a strong entrepreneurial spirit over the years. In addition to starting his own record label, he also created an energy drink.

Legal Issues: Kevin Gates was arrested at the age of 13 when he was a passenger in a stolen car. In 2003, he was arrested after stabbing an individual multiple times outside of a movie theater after an argument. In 2016, he served three months in jail for kicking a fan while on stage during a concert. 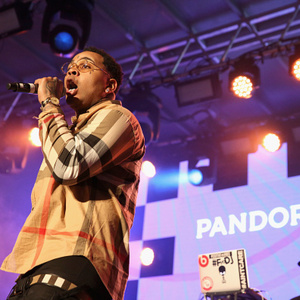