Kash Doll net worth: Kash Doll is an American rapper and model who has a net worth of $2 million. Kash Doll was born in Detroit, Michigan in March 1989. She released her debut studio album Stacked in 2019. Kash Doll has also released the mixtape Brat Mail in 2018 and the extended play The Vault in 2018. Her single "For Everybody" has been viewed more than 10 million times on YouTube. Kash Doll opened for Meek Mill on his The Motivation Tour in 2019. Her real name is Arkeisha Antoinette Knight and she signed with Republic Records. She worked at a strip club where she once made $26 thousand in one night. She performed around Detroit and gained millions of followers on social media. She was featured on the single "So Good" by Big Sean and Metro Boomin. Kash Doll's single "Kitten" featured Lil Wayne and she was featured on the single "Fuck It Up" by Iggy Azalea. 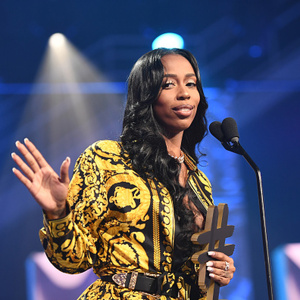