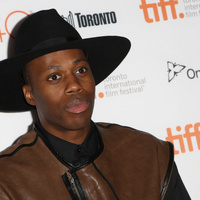 Kardinal Offishall net worth: Kardinal Offishall is a Canadian rapper, record producer, and executive who has a net worth of $6 million. Kardinal Offishall was born Jason D. Harrow in Toronto, Ontario, Canada in May 1976. He is regarded for being one of Canada's best hip hop producers and has been called the country's hip hop ambassador. His style of hip hop is influenced by reggae and dancehall. He started in the 90s as part of the underground hip hop scene and a member of The Circle. He released independent singles, as well as his debut album Eye & I. In 2000 Offishall signed with MCA Records. His album Quest for Fire: Firestarter, Vol. 1 was released in 2011 which featured the hit single "BaKardi Slang". That and the minor hit "Ol' Time Killin" became his two best known works. His album Fire and Glory was released in Canada in 2005. He also formed a partnership with Akon and signed with Akon's label to release the album Not 4 Sale. The single "Dangerous" was a top five hit on the Billboard 100 and went triple platinum in Canada. Kardinal Offishall became the Creative Executive Director for Universal Music Canada's A&R team in 2013. He has released a total of five albums. He has won four Juno Awards and appeared as an M.C. in the movies My Baby's Daddy and You Got Served: Beat the World.