What was Juice Wrld's net worth?

Juice Wrld was an American rapper who had a net worth of $4 million at the time of his death in 2019. He was best known for his hits "Lucid Dreams" and "All Girls Are the Same."

Juice Wrld died on December 8, 2019 at the age of 21 after suffering a seizure. He was one of the most-promising new rap artists in hip-hop. After gaining attention on SoundCloud, Juice Wrld signed a $3 million record deal with Interscope Records in early 2018. He had just hit his stride as one of the most popular artists in the world at the time of his death.

In the 12 months following Juice Wrld's death, his estate earned $15 million from various royalty streams, merchandise and other avenues. It was enough to place the late rapper among the highest-paid deceased celebrities during the period. For comparison, Kobe Bryant's estate earned around $25 million in the same period.

Juice WRLD was born Jarad Anthony Higgins on December 2nd, 1998 in Chicago, Illinois. When he was a toddler, his parents divorced, and his father left. He and his older brother were raised by their mother. She was very religious and did not let him listen to rap or hip-hop, but he was allowed to listen to rock and pop.

He listened to music through playing video games and was exposed to bands like Blink-182, Black Sabbath, Billy Idol, and Fall Out Boy. At the age of four, he was already learning how to play the piano and later learned the guitar and drums. He also played the trumpet for his high school band.

Throughout his childhood and adolescence, Juice Wrld was a heavy substance user. In the sixth grade, he began drinking lean, which is hydrocodone cough syrup mixed with soda. Within a couple of years, he was using Xanax, Percocet, and smoking cigarettes. During high school, he started making music on his iPhone and posting it to the online platform Soundcloud. His musical talents and interests were apparent from a young age, but he wasn't seriously interested in rap until he was sixteen. He would freestyle with his friends for fun, and they encouraged him to pursue it as a career. Once he started recording and listening to more rap, Chief Keef became one of his earliest influences and favorite artists. Other rappers he considered to influence his style, include Kid Cudi, Travis Scott, Eminem, and Odd Future.

When he was only a sophomore in high school, Juice Wrld wrote and recorded his first song "Forever" and uploaded it to Soundcloud in 2015. He posted under the name "JuicetheKidd," which was inspired by his admiration for the late rapper Tupac who starred in the film "Juice." Once he became a more established artist, he decided to go with "Juice wrld" because it represented him taking over the world. By the time he was discovered by a record label, he already had a decent sized following on Soundcloud and had been gaining attention in the hip-hop community for his unique style. While he was working on material for his first EP, Higgins got a job at a factory to support himself, but he was fired after two weeks. Fortunately, he wouldn't need a side gig for money because he signed with the LA-based record label and production company, Internet Money Records. The label focuses on up-and-coming artists who get their start on social media platforms.

In the summer of 2017, Juice Wrld released his debut full length album "9, 9, 9," which featured the hit song "Lucid Dreams." His fanbase grew rapidly, and shortly after the album's release, he started to receive attention from other hip-hop artists including Waka Flocka Flame and Chicago rapper Lil Bibby. He signed a record deal with a studio co-owned by Lil Bibby, Grade A Productions, and went on to release an EP later that year, which featured the hit "All Girls Are the Same."

At the time of December 2017, he had gained significant attention among the hip-hop community, and after dropping a music video for the track in early 2018, he signed with Interscope Records for $3 million dollars. Higgins made a video for "Lucid Dreams" and released it as a single in May 2018. It peaked at number two on the Billboard Hot 100. He released his full-length debut studio album "Goodbye & Good Riddance" later that month. 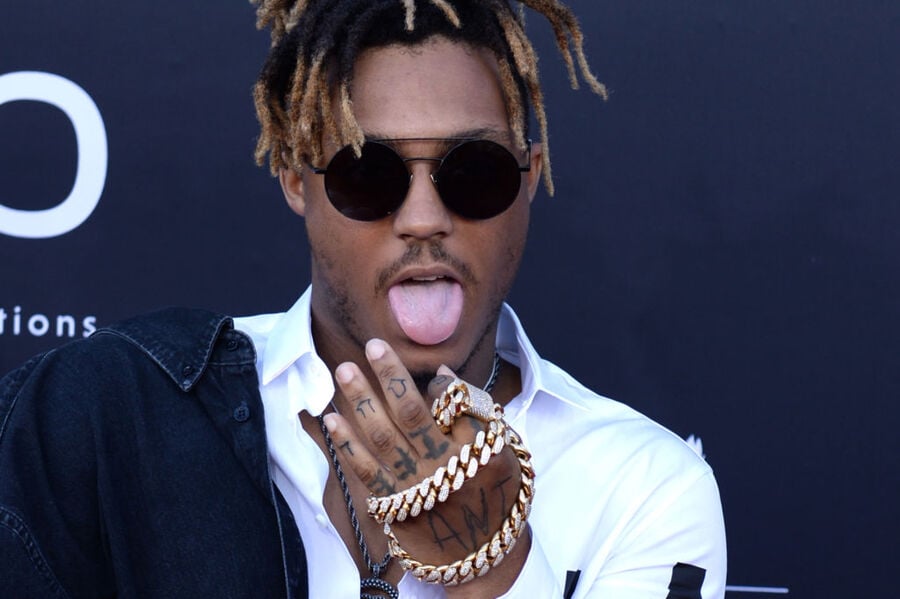 As an Established Artist

Juice Wrld's first studio album was well-received by critics and adored by listeners. It spawned five hit singles. The album ended at no. 17 on Billboard's Hot 200 and was certified platinum. In the summer of 18′, he released his first collaborative single with Lil Uzi Vert "Wasted," and he announced his WRLD Domination tour dates. He was featured on Travis Scott's album "Astroworld" and contributed to the soundtrack to the movie "Spiderman: Into the Spider-Verse" with the song "Hide."

His second studio album "Death Race to Love" was released in March 2019 and debuted at no. 1 on the Billboard 200. It was certified Gold and met with praise by most critics. After his second album, he went on the Nicki Wrld Tour with rapper Nicki Minaj. He had two singles from his album but worked on five other collaborative singles throughout 2019. The last single of his to be released during his life was a collaboration with NBA YoungBoy "Bandit," which peaked at no. 10 on the charts.

On December 8th, 2019 Juice Wrld died after collapsing from a seizure at Chicago's Midway International Airport. Having been alerted to the likelihood that drugs were on his private jet, federal agents were waiting at the airport. As police were searching the plane and luggage, Higgins was seen taking several pills that his management suspected were Percocet, and not long afterwards, he collapsed and began convulsing. They administered Narcan, which is used to revive those who've overdosed on opiates. Juice Wrld regained consciousness but was incoherent. He was rushed to Advocate Christ Medical Center where he was pronounced dead an hour later.

Law enforcement did find several guns, enhanced ammunition, codeine, and 70 pounds of marijuana on the plane. Two members of his management team were charged with misdemeanors for the weapons. Juice Wrld was only 21 years old.

After his death, his mother established the Live Free 999 Fund which aims to support underserved youths struggling with addiction or mental health issues. His third studio album "Legends Never Die" was released posthumously in 2020 and ended the year at no. 9 on the Billboard 200 chart. 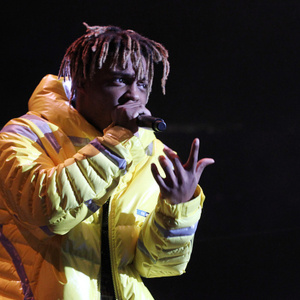