What is Juelz Santana's Net Worth?

Juelz Santana is a rapper and member of the East Coast hip hop group the Diplomats. Juelz Santana has a net worth of $1 million. In 2002, he gained mainstream recognition for his appearances on fellow rapper Cam'ron's singles "Oh Boy" and "Hey Ma," both of which made it into the top five of the Billboard Hot 100. His solo albums include "From Me to U" and "What the Game's Been Missing!," both top-ten Billboard 200 hits.

Juelz Santana was born as LaRon Louis James on February 18, 1982 in New York City, New York. He is of Dominican descent on his father's side. Raised in the Harlem neighborhood of Manhattan, James began rapping when he was only five years old. At the age of 12, he formed the rap duo Draftpick with his friend Malik. The boys went on to perform around the city, including at the Apollo Theater on Amateur Night, where they won during two consecutive weeks. Not long after, James and Malik were signed to Priority Records. They subsequently released the single "Play Ruff," featuring Tracey Lee and Memphis Bleek.

In 1998, James was introduced to the rapper Cam'ron. He then adopted the name Juelz Santana, and joined Cam'ron's hip hop group the Diplomats alongside Freekey Zekey and Jim Jones. His first work with the group was a remix of "What Means the World to You." Next, the Diplomats made an appearance on Cam'ron's 2000 album "S.D.E.," which peaked at number two on the Top R&B/Hip-Hop Albums chart.

The group released its debut album, "Diplomatic Immunity," in 2003. The album made it to the top of the R&B/Hip-Hop Albums chart, and was certified Gold by the RIAA. It was followed by "Diplomatic Immunity 2" in 2004, which included new Diplomat members 40 Cal., Hell Rell, and J. R. Writer. Following a hiatus caused by artistic differences, the group signed with Interscope Records, and then with E1 Music. In 2018, the Diplomats went on a national tour of the US called Dipset Forever, and released a new album called "Diplomatic Ties."

Santana gained mainstream recognition as a solo artist in 2002, when he contributed to Cam'ron's studio album "Come Home with Me." On the album, Santana appeared on the tracks "Welcome to New York City," "Hey Ma," and "Oh Boy." The latter two both cracked the Billboard Hot 100, while "Oh Boy" earned Cam'ron and Santana a Grammy Award nomination for Best Rap Performance by a Duo or Group.

In 2003, Santana released the mixtape "Final Destination," and followed it with the release of his debut album, "From Me to U." The album peaked at number eight on the Billboard 200 and number three on the Top R&B/Hip-Hop Albums cart; it also launched the single "Dipset (Santana's Town)," which gave Santana and Cam'ron another Grammy Award nomination for Best Rap Performance by a Duo or Group.

Santana released the track "Mic Check," the lead single from his upcoming second album, at the end of 2004; it peaked at number 35 on the Billboard Hot 100. In May of the following year, he released the album's second single, "There it Go (The Whistle Song)," which became his highest-charting single to date when it ascended to number six on the Hot 100 and number three on the Hot Rap tracks chart. Subsequently, Santana released the singles "Oh Yes" and "Clockwork." In June of 2005, he had one of his biggest successes when he appeared on the Chris Brown track "Run It!," which sat at number one on the Billboard Hot 100 for five weeks. Santana then put out his second album, "What the Game's Been Missing!"; it debuted at number nine on the Billboard 200, and was eventually certified Gold. 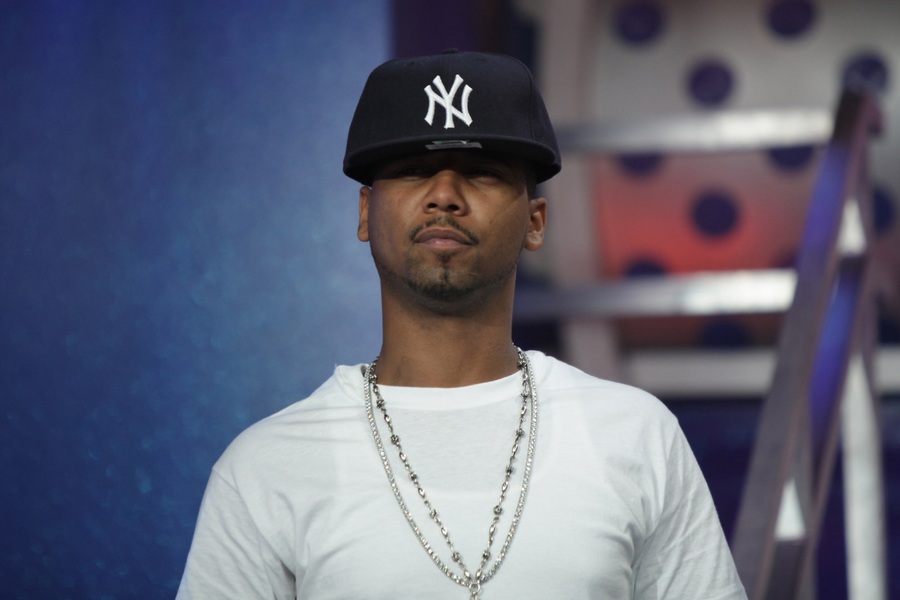 Santana started working on his third album, entitled "Born to Lose, Built to Win," in 2008. However, despite the release of several singles, including "The Second Coming" and "Back to the Crib," the album was ultimately never released. During this time, Santana collaborated on Lil Wayne's album "Tha Carter III," which earned him a Grammy nomination for Album of the Year in 2009. Later, in January of 2013, Santana released the mixtape "God Will'n," his first solo work in eight years. He also released the singles "Bodies" and "Soft," as well as music videos for the songs "Nobody Knows," "Awesome," and "Everything is Good."

Among his other projects, Santana formed the hip hop collective Skull Gang in 2008. The group went on to release the mixtape "Takeover," the Christmas-themed collaborative album "A Tribute to Bad Santa Starring Mike Epps," and their self-titled 2009 debut album.

In early 2011, Santana's Bergenfield, New Jersey recording studio was raided following a 10-month investigation by the Bergen County Prosecutor's Office and Gang Unit. The Unit found two loaded handguns, boxes of ammunition, and cannabis at the scene. Shortly after this, Santana was arrested on multiple charges relating to firearm possession without a permit and intent to distribute a controlled substance within 1,000 feet of a school. Toward the end of 2011, he was further charged with disorderly conduct and making terrorist threats.

Another run-in with the law came in March of 2018, when Santana was found carrying a loaded handgun as well as oxycodone pills at the Newark Liberty International Airport. He fled the scene, and went on the run for three days before turning himself into authorities. In December, Santana was sentenced to 27 months in prison and one year of supervised release. Ultimately, he was released from prison early after serving 17 months.

Starting in 2009, Santana was in an on-and-off relationship with hip hop model Kimbella Vanderhee. The two married in 2019, and have three children together: Juelz, Bella, and Santana. 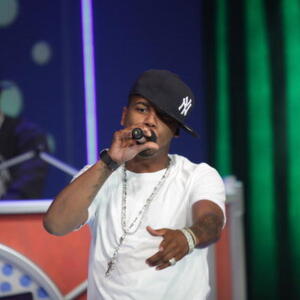