What is Shaggy 2 Dope's Net Worth?

Joseph Utsler, better known as Shaggy 2 Dope, is an is an American rapper, record producer, DJ, and professional wrestler. Shaggy 2 Dope's net worth is $13 million. He is best-known as a member of the hip hop duo Insane Clown Posse. Along with Joseph Bruce, also known as Violent J, is the co-founder of Psychopathic Records and Juggalo Championship Wrestling.

Joseph Utsler was born in 1974 in Wayne, Michigan. He has an older brother named John and a younger brother named Mike. Utsler is half Polish and half Cherokee. In 1989, at the age of 15, he met fellow Michigan native Joseph Bruce. Utsler, his older brother John, and Bruce all got heavily into rap music at the time, and subsequently formed the group JJ Boys. Together, they released the single "Party at the Top of the Hill." Shortly after, the boys renamed their act as Inner City Posse, and began using the stage names Violent J, 2 Dope, and John Kickjazz. They started to perform at local night clubs, and put out a number of albums. Then, with record store owner Alex Abbiss, they established the Psychopathic Records label in 1991. Inner City Posse went on to release the EPs "Dog Beats" and "Bass-Ment Cuts."

In late 1991, Inner City Posse decided to change its name to Insane Clown Posse. The next year, the group released its debut album, "Carnival of Carnage." John Utsler left the group just before this, making Insane Clown Posse a duo composed of Bruce, who goes by the name Violent J, and Joseph Utsler, who goes by Shaggy 2 Dope. Throughout the 90s, the duo released the albums "Ringmaster," "Riddle Box," "The Great Milenko," and "The Amazing Jeckel Brothers." Later albums have included "Bizaar," "The Tempest," "The Marvelous Missing Link: Lost," and "Fearless Fred Fury."

Over the years, Insane Clown Posse has earned two Platinum and five Gold albums. It has established a devoted cult following, with members known as Juggalos. The supernatural-themed songs of the duo center on a concept known as Dark Carnival, a sort of limbo state where the dead are judged. Insane Clown Posse is notorious for its violent lyrics and outrageous, over-the-top live performances.

Beyond Insane Clown Posse, Utsler has been a member of various other projects and music groups, many of which included fellow ICP member Joseph Bruce. Among these groups was Golden Goldies, a comical collective that wrote lyrics solely centered around gold. Later, in 1998, Utsler was part of Dark Lotus, and in 1999, helped form the hip hop group Psychopathic Rydas. The latter group reuses popular hip hop beats without paying to license the original songs, effectively making their albums bootlegs. Finally, from 2002 to 2005, Utsler was part of the supergroup Soopa Villainz, which released its only album, "Furious," in 2005.

As a kid in the 80s, Utsler began wrestling with his brother John and his friend Joseph Bruce. The boys created two backyard wrestling rings and made up their own promotion, staging shows in front of family and friends. After a hiatus, during which Utsler and Bruce got involved in gang life, Utsler returned to wrestling in the 90s. He joined Bruce on the independent circuit, and performed under the name Sewer Dwella. 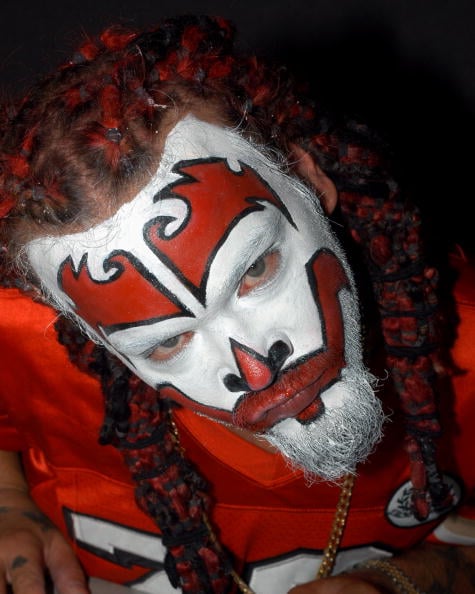 The year after the Strangle-Mania Live show, Insane Clown Posse was invited by the World Wrestling Federation to perform the entrance theme for the wrestling group the Oddities. Additionally, Utsler and Bruce were invited to appear on the WWF's SummerSlam program and rap live. After their performance, they were asked to return for the live broadcast of Monday Night Raw the following night. During the broadcast, Utsler and Bruce asked if they could wrestle; promoter Vincent McMahon said yes, and Insane Clown Posse was entered into a feud with the wrestling tag team the Headbangers. However, when their debut match got too heated, McMahon was forced to break up the feud. Bruce and Utsler were subsequently put into other matches, including one with Steve Austin.

From 1999 to 2000, Utsler wrestled in World Championship Wrestling with Joseph Bruce. The pair formed two stables, and made their debut on Monday Nitro in a six-man tag team match. Insane Clown Posse continued to wrestle on Monday Nitro, facing opponents such as Konnan, Public Enemy, Billy Kidman, Lenny Lane, Lodi, and 3 Count.

Utsler and Bruce created their own wrestling promotion, Juggalo Championshit Wrestling, in December of 1999. After defeating Doink the Clowns, they became the first-ever JCW Tag Team Champions, a title they defended in 2003. The next year, Utsler and Bruce took part in Total Nonstop Action Wrestling, defeating such opponents as Glen Gilbertti and Kid Kash. Utsler and Bruce were so popular that they brought Total Nonstop Action Wrestling its largest paying crowds in history. The duo returned to TNA in 2006 for the company's first-ever house show, in Detroit, Michigan.

Since recovering from a neck surgery in 2007, Utsler has continued to make appearances as Shaggy 2 Dope at various wrestling promotions. In 2010, alongside broadcast partner Kevin Gill, he became the full-time color commentator for his own Juggalo Championship Wrestling.

In 2013, Utsler married his girlfriend Renee; together, they have two children, son Ronan and daughter Leonna. From his previous relationship with girlfriend Jamesa, Utsler also has twin boys and another daughter. 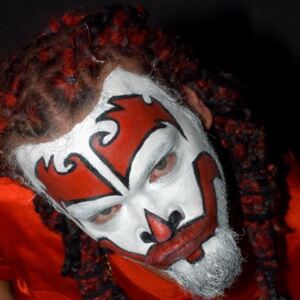