What is Violent J's net worth?

Joseph Bruce, also known as Violent J, is an American rapper, producer and professional wrestler who has a net worth of $13 million dollars. Joseph Bruce, along with Joseph Utsler, also known as Shaggy 2 Dope, is a member of the hip hop duo Insane Clown Posse. They also co-founded the record label Psychopathic Records. Additionally and Juggalo Championship Wrestling, an independent professional wrestling promotion.

Joseph Bruce was born in 1972 in Berkley, Michigan to parents Linda and Richard. He has two older siblings named Robert and Theresa. When Bruce was two years of age, his father absconded with all of the family's money. Later on, after moving to Oak Park, Bruce met John Utsler and his younger brother Joey, who would later help form Insane Clown Posse. Together, the three boys got heavily into rap music, and in 1989, released the single "Party at the Top of the Hill" under the name JJ Boys. After dropping out of school in the ninth grade, Bruce moved in with his friend Rudy, who lived in River Rouge. There, he formed a gang called Inner City Posse, which terrorized people with tear gas. After he and his mother were attacked by a rival gang, they fled to Bonnie Doone, North Carolina, where Bruce's brother was stationed with the US Army.

Bruce returned to Michigan at the age of 17, and had a short career in professional wrestling. He then formed the music group Inner City Posse with Joey and John Utsler, and released the EP "Bass-Ment Cuts." In 1991, with record store owner Alex Abbiss, the group established its own label, Psychopathic Records.

Sometime in late 1991, Inner City Posse decided to change its name to Insane Clown Posse. The next year, the group released its debut album, "Carnival of Carnage." John Utsler left the group just before this, making Insane Clown Posse a duo composed of Bruce, who goes by the name Violent J, and Joey Utsler, who goes by Shaggy 2 Dope. Throughout the 90s, the duo released the albums "Ringmaster," "Riddle Box," "The Great Milenko," and "The Amazing Jeckel Brothers." Later albums have included "Bizaar," "The Tempest," "The Marvelous Missing Link: Lost," and "Fearless Fred Fury."

Over the years, Insane Clown Posse has earned two platinum and five gold albums. It has established a devoted cult following, with members known as Juggalos. The supernatural-themed songs of the duo center on a concept known as Dark Carnival, a sort of limbo state where the dead are judged. Insane Clown Posse is notorious for its violent lyrics and outrageous, over-the-top live performances. 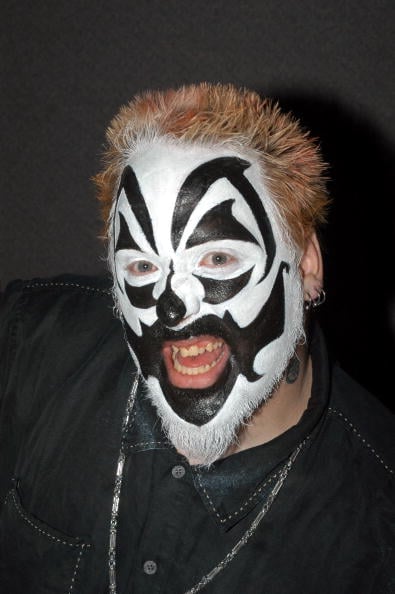 Beyond Insane Clown Posse, Bruce has been a member of various other projects and music groups. Among them was Golden Goldies, a comical collective that wrote lyrics solely about gold. Later, in 1998, Bruce was a part of Dark Lotus, and in 1999, helped form the hip hop group Psychopathic Rydas. The latter group reuses popular hip hop beats without paying to license the original songs, effectively making their albums bootlegs. Finally, from 2002 to 2005, Bruce was part of the supergroup Soopa Villainz, which released its only album, "Furious," in 2005.

Early on in the 90s, after deciding to distance himself from gang life, Bruce began his career in professional wrestling on the independent circuit. He returned to wrestling in 1994 under the name Hector Hatchet, and competed for Midwest Championship Wrestling between recording sessions. Over the ensuing years, Bruce continued to compete in independent promotions, including NWA Mid American Wrestling and IWA Mid-South. In 1997, along with Utsler, Bruce participated in the Extreme Championship Wrestling program Hardcore Heaven, during which they performed songs.

In 1998, Insane Clown Posse was invited by the World Wrestling Federation to perform the entrance theme for the wrestling group the Oddities; additionally, Bruce and Utsler were to appear on the WWF's SummerSlam program and rap live. They were subsequently invited to return for the live broadcast of Monday Night Raw, during which they asked if they could wrestle. After promoter Vincent McMahon agreed, Insane Clown Posse was entered into a feud with the wrestling tag team the Headbangers. However, when their debut match got too heated, McMahon was forced to break up the feud. Bruce and Utsler were subsequently put into other matches, including one with Steve Austin.

Following a botched eighty-city tour with his own promotion, Bruce went on to wrestle in World Championship Wrestling with Utsler. The pair formed two stables, and made their debut in 1999 on Monday Nitro in a six-man tag team match. Insane Clown Posse continued to wrestle on Monday Nitro, defeating opponents such as Public Enemy, Lenny Lane, Lodi, and 3 Count.

Bruce and Utsler created their own wrestling promotion, Juggalo Championshit Wrestling, in December of 1999. After defeating Doink the Clowns, they became the first-ever JCW Tag Team Champions, a title they defended in 2003. Bruce continues to wrestle for JCW, and appears as Violent J at a variety of promotions on the independent circuit.

Bruce has had a plethora of run-ins with the law throughout his life. From 1989 to 1990, he was imprisoned for 90 days for robbery, death threats, and violating probation. Later in the 90s, he was arrested on a charge of aggravated battery for allegedly hitting an audience member with a microphone multiple times at a concert. Bruce has also been charged, on various other occasions, with misdemeanor disorderly conduct and misdemeanor assault. 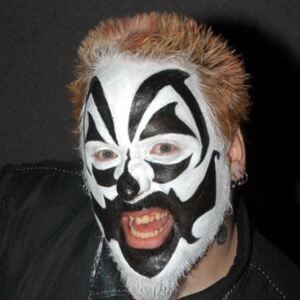