Joe Budden Net Worth: Joe Budden is an American hip hop artist who has a net worth of $6 million dollars. He first gained recognition for his 2003 single "Pump It Up" and as a member of the hip hop supergroup Slaughterhouse. Described as the "Howard Stern of Hip Hop," he retired from rap in 2018 and found success as a broadcaster and the host of The Joe Budden Podcast.

Early Life: Born in Harlem, New York on August 31, 1980, Joe Budden moved to Jersey City, New Jersey at the age of 13 with his mother and older brother. He attended Lincoln High School and was a troubled youth. His father was absent from his life during his childhood, an issue Budden later addressed through his music. Due to his misbehavior, he was sent to Laurinburg Institute, a boarding school in North Carolina. It was there that he began to hone his skills as a rapper.

He began experimenting with drugs upon returning to Jersey City and developed an addiction to angel dust. Budden voluntarily checked into rehab when he was 17 years old following an emotional confrontation and soon became interested in freestyling. Budden did not end up finishing his diploma and by the age of 20 he had fathered a child with an older woman. With a son on the way, Budden began taking his music seriously and in 2001 he teamed up with the producer Dub-B, also known as White Boy, and began releasing mixtapes and demos.

Music Career: One demo ended up in the hands of Hot 97 radio host and Desert Storm Records label head DJ Clue. Budden quickly became popular in the mixtape scene and by 2002 he had secured a major deal with Def Jam Recordings. Budden first got noticed while he was promoting his single "Focus." The song spent 17 weeks on the US Billboard Hot R&B and peaked at No. 43. Budden released his lead single "Pump It Up" on May 8, 2003 and it was an instant commercial success. In 2003, he released his self-titled debut album which reached #1 on the US Rap and #2 on the US R&B charts and quickly gained popularity with "Pump It Up". The single peaked at No. 38 on the US Billboard Hot 100 chart and No. 10 on the Hot Rap Songs chart. The song was nominated for a Grammy for Best Male Rap Solo Performance and was used in "2 Fast 2 Furious", "Def Jam Vendetta" and "Madden NFL 2004". On June 10, 2003, he released his debut studio album "Joe Budden." It debuted at No. 8 on the US Billboard 200 and sold 95,000 units its first week. It went on to sell over 420,000 copies in the U.S. The second single off the album "Fire (Yes, Yes Y'all)" peaked at No. 18 on the US Billboard Hot R&B chart.

While he was with Def Jam, he released two mixtapes. He planned on a second album, but suffered continuous delays and disagreements between him and Def Jam over the direction of the album. His second album was eventually shelved and Budden was released with Def Jam. In December 2007, Joe signed a multi-album deal with Amalgam Digital.

With the hip hop supergroup Slaughterhouse, Budden was also part of the albums "Slaughterhouse" in 2009 and "Welcome To: Our House" in 2012 which reached #1 on the US Rap and US R&B charts and #2 on the Billboard 200 chart. The supergroup also includes Royce da 5'9″, Crooked I, and Joell Ortiz. Budden has collaborated with dozens of artists, including Cee Lo Green, Eminem, and Busta Rhymes. He has also been featured on the hit single "Clubbin" by Marques Houston featuring Pied Piper and "Whatever U Want" by Christina Milian. 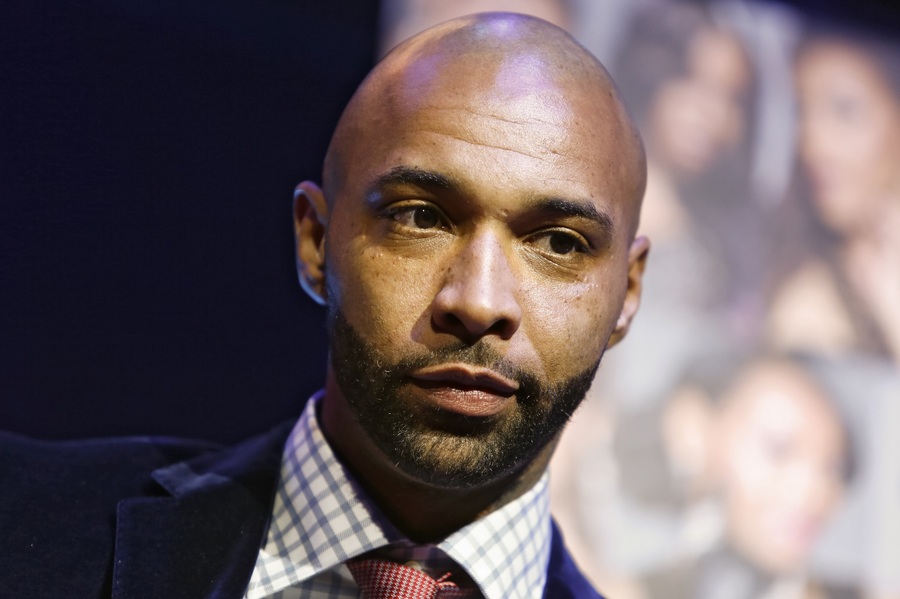 Broadcasting Career and Other Appearances: In April 2017, Budden began co hosting "Everyday Struggle," a daily morning show for the Complex network, alongside DJ Akademiks and Nadeska Alexis. In 2018, it was revealed that Budden had signed a deal with Revolt TV which is owned by Sean "Diddy" Combs. Budden began creating and producing the talk show "State of the Culture", which premiered in September 2018.

Around this time, he also started his podcast, The Joe Budden Podcast, and began touring with live performances through the United States. It was during this time that he officially announced his retirement from rap. In August 2018, Joe signed a deal to bring his podcast to Spotify and expand the show to a bi-weekly schedule, with new episodes airing every Wednesday and Saturday. He found success by bringing his podcast exclusively to Spotify, and the show became a go-to listen for hip-hop and rap culture enthusiasts. However, in August 2020, Budden announced he was leaving Spotify at the end of his contract and cited financial disagreements with the streaming service.

Budden has also appeared on VH1's "Love & Hip Hop" and has appeared in three documentaries, including "Hip Hop Babylon" and "Something from Nothing: The Art of Rap". He also appeared on "Couples Therapy" with Kaylin Garcia in 2015.

Personal Life: Budden has two children, Joseph Budden III (b. 2001) and Lexington, born in December 2017 to his then-fiance, model Cyn Santana. The two have since called off their engagement. 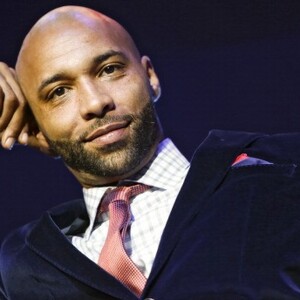