What is Jim Jones's net worth?

Jim Jones is an American hip hop artist who has a net worth of $400 thousand. Jones is the co-CEO of Diplomat Records with Cam'ron. He is a founding member of the rap collective the Diplomats. Jones uses the pseudonym CAPO as a music video director and has directed for Cam'ron, Remy Ma, and Juelz Santana. He has released five studio albums including three that reached #1 on the U.S. Rap chart.

Jim Jones was born Joseph Guillermo Jones II in The Bronx, New York on July 15, 1976. One of three children of Nancy Jones and Joseph Guillermo Jones, he was raised in Harlem by his maternal grandmother. Jones has two sisters, Precious and Keisha. He attended a local Catholic school and would often skip church and school to hang out at the local train station. He grew up with fellow rapper Freekey Zekey.

Jones had a troubled childhood and on one occasion was caught stealing from a store, prompting his expulsion from school at a young age. He was just six years old when he met Dame Dash, a big name in hip-hop and one of the future co-founders of Roc-A-Fella Records. As a young teenager, Jones also became friends with Cameron Giles, AKA Cam'ron. The two would go on to have a significant impact on each other's careers as musicians.

He started off as a hype man for rapper Cam'ron and was a member of the hip hop group The Diplomats. The Diplomats released albums in 2003 and 2004. Their debut album Diplomatic Immunity was certified Gold and hit #1 on the U.S. R&B chart as well as #8 on the Billboard 200.

Jones released his solo debut studio album On My Way to Church in 2004. In 2005, he released his second album, "Harlem: Diary of a Summer." This coincided with him landing an executive position at Entertainment One Music. A year later he released his third album "Hustler's P.O.M.E", which produced his biggest hit, the 2006 single "We Fly High" which was certified Platinum and reached #1 on the U.S. Rap and #5 on the Billboard Hot 100 charts. His second biggest hit was "Pop Champagne" in 2008. 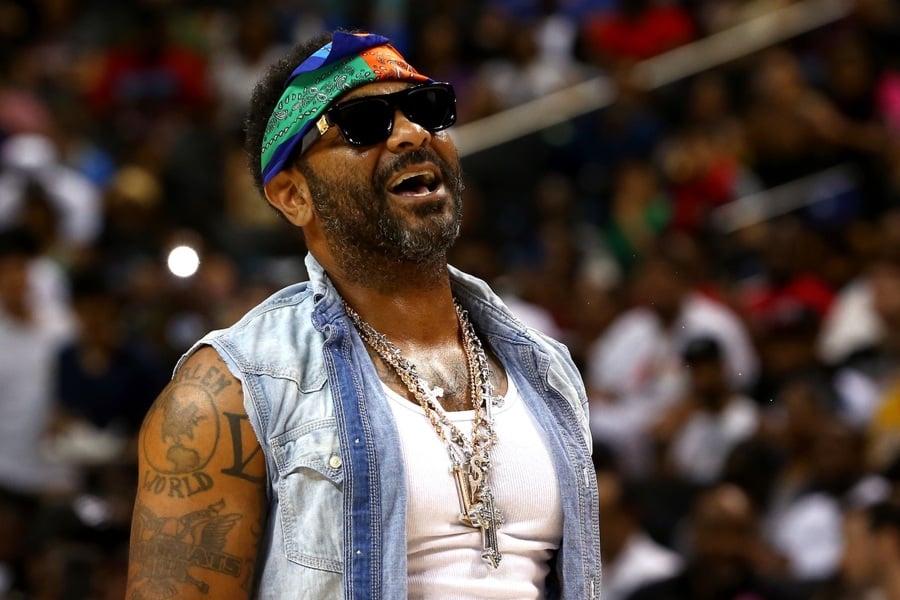 He has created the clothing lines Nostic and Vampire Life. He has appeared in the film State Property 2 and on episodes of The Wire and Crash: The Series. He appeared on the VH1 reality show Love & Hip Hop. Jones has his own freestyle inline skating team called Dipskate. He won an Urban Music Award in 2009. Jones released the albums Harlem: Diary of a Summer in 2005 Hustler's P.O.M.E (Product of My Environment) in 2006, Harlem's American Gangster in 2008, Pray IV Reign in 2009, and Capo in 2011, which was supported by the lead single "Perfect Day."

Jones also released the collaborative album The Rooftop with DJ Webstar in 2009. From 2012 to 2013 he starred in the television series Chrissy & Mr. Jones with Chrissy Lampkin. He formed ByrdGang and ByrdGang Records and released M.O.B.: The Album in 2008 which reached #29 on the Billboard 200 chart. In May 2019, Jones returned to music for his sixth album, "El Capo." In December 2017, Jones became part owner of Richmond Roughriders.

In 2006, Jones challenged rapper Tru Life to a fisticuffs with a $50,000 wager after Tru Life called Cam'ron and Jim Jones "bitches." Tru Life responded to the challenge by stealing jewelry from Jones and taunting him on the 2007 mixtape "Tru York." The album featured Jones photoshopped in a "Borat" style thong. Jones retaliated by hacking Tru Life's MySpace page.

Jones also started a feud with Jay Z when he criticized Z's work as president of Def Jam. Jay Z responded with a diss track set over the beat of Jones' popular "We Fly High," called "Brooklyn High." Jones punched and kicked a friend of Jay Z's at the Manhattan Louis Vuitton store on December 22, 2008. He pleaded guilty to charges of assault the following year.

Other feuds include with ASAP Mob, after a 2014 interview when Jones criticized Mob's style as "not street."  "[T]hey're artistic, but they're not from the street… We got bonafide swag and the definition of get fly… Price point and high fashion don't really make it cool." Jones also had a conflict over social media with Azealia Banks in July 2012 after Banks dissed Jones for getting more credit for her phrase "vamp." She attributed this to not only his track titled "Vamp Life," but to his mixtape series and label of the same name, "Vampire Life." Banks dissed Jones in a track title "Succubi."

In 2006 Jim and Chrissy bought a home in New Jersey for $680,000 with a 6.875% interest rate. That gave them a monthly mortgage payment of around $4,500. According to a lawsuit filed by the National Bank Association in 2017, the couple stopped making payments in 2010 and their debt reached $1.24 million with interest. The bank eventually foreclosed on the mansion and sold it.

As of this writing, Jones is still dating long-time love Chrissy Lampkin. In 2014, he proposed to her in an episode of "Love & Hip Hop." They are still not married and according to social media, despite having been together for 16 years, they are in no rush. 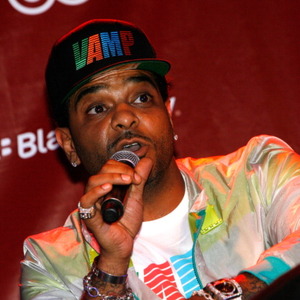