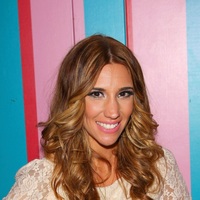 Jen The Pen Bayer Net Worth

Jen The Pen Bayer net worth: Jen The Pen Bayer is an American radio DJ and reality television star who has a net worth of $400 thousand. Also known as Jen Bayer, she earned the nickname "Jen The Pen" while appearing on the BET reality show The Ultimate Hustler. That show's host Dame Dash gave her the nickname for the show but it has become Jen's official moniker lately. Jen The Pen is currently starring on the VH1 reality series "Love and Hip Hop: New York" thanks to her relationship with rapper Consequence. Jen and consequence have been dating for five years. The couple share a one year old son named Caiden. When not appearing on reality TV, Jen is the gossip girl on Chicago's Hot Boyz Power 92 radio station.