What is Jay Sean's Net Worth?

Jay Sean is a singer, songwriter, and record producer from England. Jay Sean has a net worth of $10 million. After debuting in the UK's Asian Underground scene as part of the Rishi Rich Project in 2003, he released the solo hits "Eyes on You" and "Stolen," and put out an acclaimed debut album called "Me Against Myself." Considered a pioneer in the fusion of Indian and R&B sounds, Sean's hit songs have included "Ride It," "Maybe," "Tonight," "Down," and "Do You Remember."

Early Life and Career Beginnings with the Rishi Rich Project

Jay Sean was born as Kamaljit Singh Jhooti in 1981 in London, England. He was raised in the Southall district by his Indian immigrant parents Sharan and Bindi. Demonstrating musical talent at an early age, Sean formed a hip hop duo called Compulsive Disorder with his cousin Pritpal. He went to Latymer Upper School, where he was a straight-A student, and subsequently enrolled at Barts and The London School of Medicine and Dentistry. However, he dropped out in 2003 to pursue his singing career.

In 2003, Sean's song "One Minute" fell into the hands of producer Rishi Rich; this led to the formation of the Rishi Rich Project, consisting of Sean, Rich, and Juggy D. The group had its first chart success in the UK with the song "Dance with You (Nachna Tere Naal)," which made it to number 12 on the UK Singles Chart.

Following his success with the Rishi Rich Project, Sean signed as a solo artist with Virgin Records under its label Relentless Records. He went on to release the single "Eyes on You," which became a top-ten hit in the UK. His next single, "Stolen," also peaked in the top ten. In 2004, Sean put out his debut album, "Me Against Myself." A significant critical success, the album earned Sean praise for his innovative fusion of Indian music, R&B, and British hip hop. The artist gained further popularity when he performed some of the album's tracks on MTV Asia, substantially raising his profile across the continent and amidst global South Asian diasporic communities.

After leaving Virgin Records in 2006, Sean created his own independent label called Jayded Records. In early 2008, he released a new single called "Ride It," which peaked at number 11 in the UK and topped the charts in a number of Eastern European nations. Following this, Sean released his second album, "My Own Way"; a major commercial success, it debuted at number six on the UK Albums Chart, and spawned the hit singles "Maybe" and "Tonight." 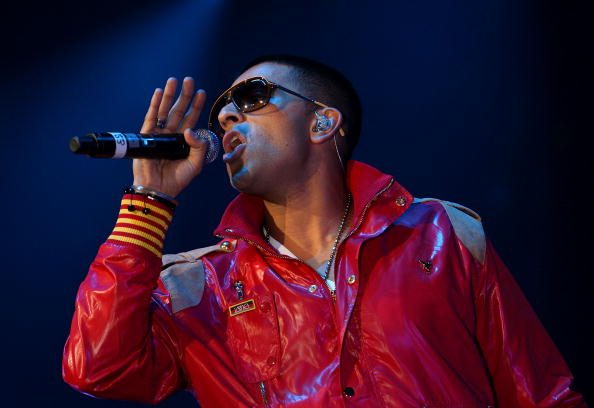 Sean signed with Cash Money Records in 2009. That year, he released his American debut single, "Down," featuring rapper Lil Wayne. The song topped the Billboard Hot 100, making Sean the first British artist to top that chart since Freddie Mercury in 1980. "Down" went on to amass six million sales in the United States. Sean followed this with the hit single "Do You Remember" and the album "All or Nothing." In 2010, he began working on his fourth album, and released the singles "2012 (It Ain't the End)," "Hit the Lights," and "Like This, Like That." The next year, he put out a mixtape called "The Mistress." Sean later released the singles "I'm All Yours" and "So High" in 2012. The following year saw the release of his long-delayed fourth album, entitled "Neon"; however, neither of its singles, "Mars" and "Where Are You," were able to break into the Billboard Hot 100.

In early 2014, Sean released the single "Take That Off" from his new mixtape "The Mistress II"; its other singles included "All I Want" and "Jameson." Among Sean's later singles are "Make My Love Go," "Do You Love Me," "What You Want," "Emergency," "Say Something," "Need to Know," and "Why Why How Why."

Sean has been a featured artist on a variety of hit songs by other singers, including Corbin Bleu's "Deal With It," Birdman's "Written on Her," Skepta's "Lush," and Kevin Rudolf's "I Made It (Cash Money Heroes)." In 2015, Sean reunited with Rishi Rich and Juggy D for the single "Freak." He has also collaborated with a number of high-profile DJs such as Hardwell, Alex Gaudino, and DJ Prostyle. Additionally, Sean earned recognition for his 2020 collaboration with Indian pop singer Guru Randhawa, with whom he recorded the single "Surma Surma."

In August of 2009, Sean wed singer Thara. Together, they have a daughter named Ayva and a son named Aaryan.

Throughout his career, Sean has been heavily involved in philanthropic endeavors. In the 2000s, he performed at the charity event Partnership Walk and Run in support of the Aga Khan Foundation, an international development agency that strives to provide structural solutions to poverty, illiteracy, and hunger in disadvantaged regions of Asia and Africa. Additionally, Sean performed at a 2009 charity concert organized by Justin Timberlake to raise funds for Shriners Hospital for Children; with over $9 million raised, it was one of the highest-earning charity events of that year. Later, in 2012, Sean joined the Child Hunger Ends Here campaign with artists Jewel and Owl City. For the campaign, he recorded the song "Here's Hope," which was made available online.