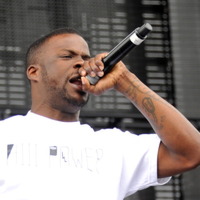 Jay Rock net worth: Jay Rock is an American hip hop recording artist who has a net worth of $4 million. Jay Rock was born in Watts, Los Angeles, California in March 1985. He was signed by the CEO and founder of Top Dawg Entertainment Anthony Tiffith. Jay Rock released his debut studio album Follow Me Home in 2011 and the album reached #10 on the US Rap chart as well as #18 on the US R&B/Hip-Hop chart and #83 on the Billboard 200 chart. His album 90059 was released in 2015 and reached #1 on the US Rap chart and #2 on the US R&B/Hip-Hop chart as well as #16 on the Billboard 200. His most successful single "King's Dead" (with Kendrick Lamar, Future, and James Blake) was featured on the Black Panther: The Album soundtrack. Jay Rock is also a member of the hip hop super group Black Hippy. Rock was nominated for a Grammy Award for Album of the Year on Kendrick Lamar's good kid, m.A.A.d city.