Jason Derulo Net Worth: Jason Derulo is an American singer-songwriter, actor, and dancer who has a net worth of $16 million. As a solo recording artist, he had sold over 30 million singles since beginning his career in 2009. He is perhaps best known for the hit songs "Wiggle", "Talk Dirty", "In My Head", and "Whatcha Say".

Early Life and Career Beginnings: Jason Joel Desrouleaux was born on September 21, 1989, in Miramar, Florida. His parents are from Haiti. He is best known by his stage name Jason Derulo, which spells his last name phonetically the way it is pronounced. He started singing and writing his own music at a young age, composing his first song at age eight. As a teenager, he wrote songs for others, including the song "Bossy" for New Orleans-based rapper Birdman.

Other artists Derulo wrote for during his early career include Diddy, Danity Kane, Donnie Klang, Sean Kingston, Casses, and Lil Wayne, when he worked as a songwriter and producer at Cash Money Records. He attended performing arts schools like The American Musical and Dramatic Academy to improve his skills as a singer and dancer, and appeared in theatre productions of "Ragtime" and "Smokey Joe's Café". After appearing on the musical television show "Showtime at the Apollo", winning the grand prize on the 2006 season finale, Derulo was scouted by music producer J.R. Rotem. Rotem signed him to his record label Beluga Heights Records, which eventually became part of Warner Bros. Records.

Music and Television Career: Derulo's debut single "Whatcha Say" on August 4, 2009. The track was produced by Rotem with contributions from Fuego, and heavily samples the song "Hide and Seek" by Imogen Heap. In late August, 2009, the single debuted on the Billboard Hot 100 at No. 54, and eventually peaked at No. 1 in November. Following the single's positive reception, he began working on his debut album, and released his second single "In My Head" on December 8, 2009. "In My Head" debuted on the Billboard Hot 100 at No. 63, and peaked at No. 5.

His eponymous album "Jason Derulo" was released on March 2, 2010. It charted in the UK and Irish Albums Charts in the top ten albums, and he promoted the album with performances as an opening act for Lady Gaga's 2009-2010 The Monster Ball Tour. The third single off the album, "Ridin' Solo", was released on April 26, 2010, and peaked at No. 9 on the Billboard Hot 100. During this period, Derulo also featured on the song "Turn It Up" with Will Roush, Stat Quo, and Young Buck, and collaborated with UK singer Pixie Lott on her song "Coming Home". 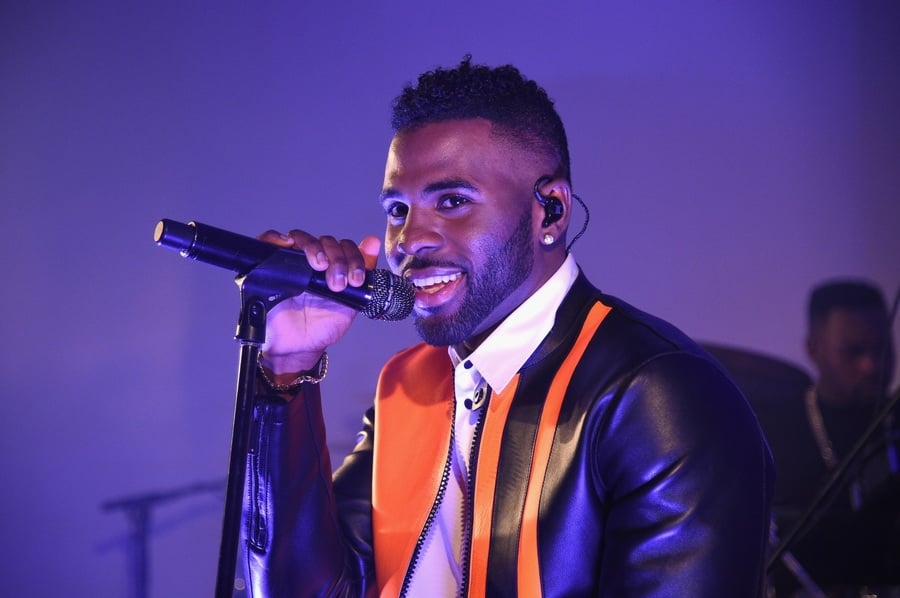 "Future History", Derulo's second album, was released on September 27, 2011. It's lead single, "Don't Wanna Go Home", hit No. 1 in the UK and No. 5 in Australia. He originally had planned to promote the album with an eight-day UK tour in February 2012, but he broke one of his vertebrae while rehearsing on January 3, and the tour was cancelled. After his injury, he appeared on the American music competition show "American Idol" on March 28, 2012. On the show, he announced a new project where he would invite fans to help him complete the lyrics for a new song titled "Undefeated". The project was part of a partnership between "American Idol" and Coca-Cola. To take part, fans would submit their own lyrics, and then they could vote for the lyrics they like the most. Derulo also made his first post-injury performance on "American Idol", during the season eleven finale.

In August 2012, Derulo joined Kelly Rowland as dance masters on the first season of Australian dance talent show "Everybody Dance Now". However, the show was cancelled shortly after only four episodes due to poor ratings. He co-owns the record label Future History with his manager Frank Harris, and signed Australian singer-songwriter Arlene Zelina in July 2012.

Derulo joined the judging panel of the 12th season of the dance talent show "So You Think You Can Dance" in January 2015. He then released his fourth studio album, "Everything Is 4", on May 29th, 2015. In July 2016, he released his greatest hits album, "Platinum Hits", which also featured the brand-new song "Kiss the Sky". Other projects he was worked on include a 2019 collaboration with Lay Zhang and Korean kpop band NCT 127, "Let's Shut Up & Dance", and the song "Goodbye" with David Guetta, Nicki Minaj, and Willy William.

Acting Career: In addition to his appearances on reality shows, Derulo has also branched into acting. He appeared in an episode of the Fox drama "Lethal Weapon: on September 28, 2016. He also starred in the 2019 film "Cats", based on the musical of the same name, as Rum Tum Tugger.

Personal Life: Derulo was in a relationship with singer Jordin Sparks for three years, before splitting in September 2014. He has since been rumored to have dated model and fashion designer Daphne Joy, and Ragon Miller. 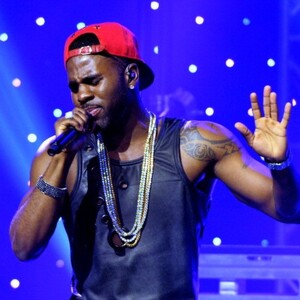