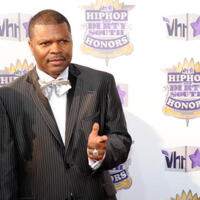 What is J Prince's net worth?

J Prince is an American Businessman who has a net worth of $35 million. J Prince has earned his net worth as the CEO of Houston-based Rap-a-Lot Records.

J. Prince, otherwise known as James L. Smith, was born on October 31, 1965. His mother Sharon Johnson was just sixteen when she gave birth to him, and at that point she was already a mother to Prince's 1-year-old daughter Zenia. They family lived in the Fifth Ward in Houson, in the Coke Apartments, which was also known as "the Bloody Nickel." Prince played football at Kashmere High School and did odd jobs like mowing lawns and worked on welding trucks.

Tragically, Prince's older sister Zenia was killed by a train while walking home from junior high school one day. Prince went on to graduate Kasmere High and quickly landed a job at the Colonial Savings and Loan's Fault Department. He was laid off two years later and began restoring and selling bucket cars as a trade. He eventually started his company Smith Auto Sales and got into the exotic car business. His main clientele were athletes with plenty of money to spend. By the time he was 21, J. Prince had saved over $100,000. He was able to buy himself a 30-acre ranch and purchased a house for his mother by 23.

Prince created the Houston hip hop record label Rap-a-Lot in 1986. He originally started the company on the second floor of his auto shop. His main goal with starting the record label was to give his little brother something to do, to keep him from getting in trouble on the streets. The company is also known under the sublable Smoke-a-Lot Records. He moved the label to New York City in 1988 and started observing the talents of some famous friends, Def Jam execs Russel Simmons and Lyor Cohen. Rap-a-lot's most famous act the Geto Boys, put the South on the hip hop map. He discovered rappers Scarface and Willie D, and the company launched "Grip It! On That Other Level" in 1989. That same year, Rap-a-Lot was investigated by the federal government. When no illegal activity was found within the label, the case was dropped. Since then, it has maintained its success and focus on gangsta and southern rap In (1991–1994) it was distributed by the EMI labels Priority Records and Virgin Records (1994–2000). During the 2000s, it was distributed by WEA's Asylum Records. It was referenced by the Notorious B.I.G. on the song "Flava in Ya Ear (remix)" when he said, "I'm not from Houston, but I Rap-a-Lot." 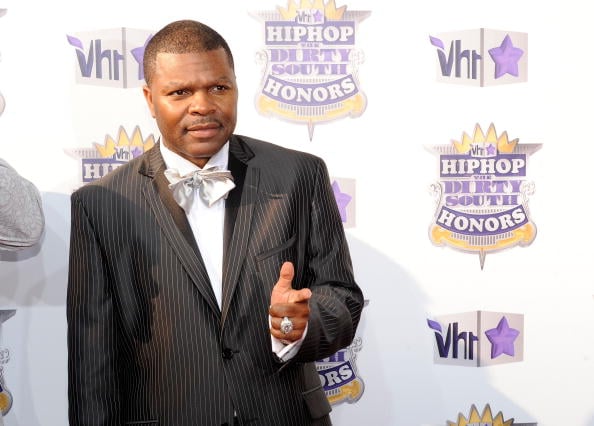 At the end of the Devin the Dude song "What a Job" featuring Snoop Dogg, Snoop congratulates the record company by saying, "J. Prince, Jas Prince, Rap-a-Lot, still on top, 2007." J's son Jay Prince has a label distributed by Rap-a-Lot called Southern Empire Entertainment. Jas Prince also was responsible for discovering Young Money/Ca$h Money/Universal Records recording artist Drake and holds the artist in a Rap-a-Lot management contract. He introduced Drake to rapper Lil Wayne which paved the way to get him signed to Young Money in early 2009. J. Prince published his memoir in 2018, "The Art & Science of Respect: A Memoir."

Prince has spent 20 years promoting Houston's rap scene and rap artists, is now working to promote underprivileged neighborhoods and communities. He recently began building a community center in his old 5th Ward neighborhood that will help young children, teens and adults to excel more in their lives. Houston City Council and Mayor Bill White honored Prince and his work by naming a day in his honor on Jan. 30, 2007. Prince launched a campaign to educate youths about HIV/AIDS prevention and testing in Feb 2007.

J. Prince is the father to seven grown children. He still owns his ranch in Houston, which brings in an income of $200,000 a year from the Angus cattle he raises. J. Prince also owns an island off the coast of Belize.