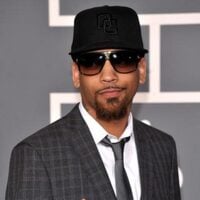 J. Holiday net worth: J. Holiday is an American record artist and songwriter who has a net worth of $5 million dollars. J Holiday was born Nahum Grymes in Washington, D.C. in November 1984. Holiday is the son of a preacher who died when Holiday was 11. He performed at a high school talent showcase. His debut album Back of My Lac debuted at #5 on the U.S. Billboard 200 chart and sold over 100,00 copies in its first week. The album also debuted #1 on the Top R&B/Hip-Hop chart and was certified Gold. The album produced the singles "Be with Me" and the certified Gold "Bed" and "Suffocate". "Bed" made it to #1 on the U.S. R&B chart and #5 on the Billboard Hot 100. "Suffocate" hit #2 on the R&B chart and #18 on the Billboard Hot 100. His 2009 album Round 2 made it to #4 on the Billboard 200 and #2 on the R&B charts. Holiday's third album Guilty Conscience was released in 2014. Holiday has also released four mixtapes. He has been nominated for a Grammy Award, BET Award, American Music Award, and NAACP Image Award.