What is Ice Cube's net worth?

Ice Cube is an American rapper, actor, producer and entrepreneur. As of this writing, Ice Cube has a net worth of $160 million. Ice Cube has transitioned from one of the originators of the West Coast gangsta rap to one of the most powerful people in Hollywood today. After initially earning fame and fortune as a member of NWA, embarked on a highly successful solo career. He has also written, produced and starred in a number of films.

Ice Cube was born O'Shea Jackson on June 15, 1969 in South Central Los Angeles. Jackson was born to Doris, a custodian and hospital clerk, and Hosea Jackson, UCLA groundskeeper. He has an older brother, and a half-sister who was tragically killed when Ice Cube was just 12. He grew up on Van Wick Street in Los Angeles, and started writing raps and hip-hop music by age 14. Ice Cube got his rapper name from his older brother, quoted as saying his brother threatened to slam him into a freezer and pull him out when he was an ice cube, and the name stuck.

He attended William Howard Taft High School in Woodland Hills, CA. When he was 16, he sold his first song to future N.W.A. member Eazy-E. After high school, he enrolled at the Phoenix Institute of Technology in Arizona in the fall of 1987. He studied architectural drafting and completed his diploma within a year. Ice Cube then returned to Los Angeles to pursue a career in rap.

Ice Cube formed the group C.I.A. with friend Sir Jinx. They performed at parties around L.A. hosted by Dr. Dre. In 1987, Ice Cube and CIA released a track produced by Dr. Dre, "My Posse." Ice Cube showed Eazy-E the lyrics to a rap he had penned, "Boyz-n-the-Hood" and he initially hated the lyrics. However, Eazy-E eventually went on to record the song for "N.W.A and the Posse", the debut album for N.W.A. the group which also included Dr. Dre, MC Ren, DJ Yella, and Ice Cube. Ice Cube wrote Dr. Dre and Eazy-E's rhymes and half the lyrics for the group's breakthrough album, 1988's "Straight Outta Compton". However, he was only paid $32,000 for his contributions. Ice Cube left N.W.A. after conflicts involving his pay and official contracts with the group were unable to be resolved. 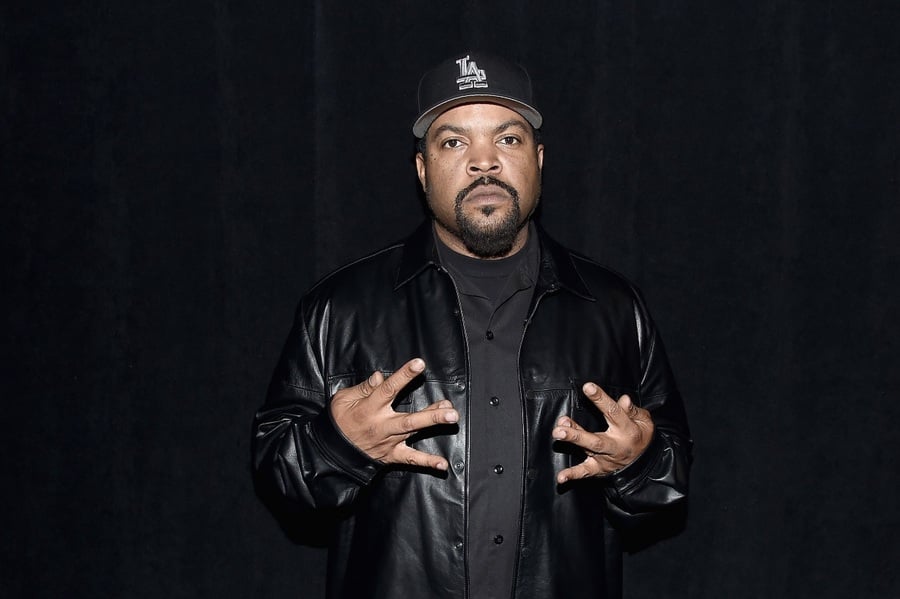 "AmeriKKK'a Most Wanted", Ice Cube's first solo album, was released in May 1990 to instant success, riding the wave of rap's immense popularity of the time. The same year, he released the EP "Kill at Will" which became the first hip hop EP to go Platinum. In 1991, Ice Cube tested his acting chops by starring as Doughboy in John Singleton's crime drama "Boyz n the Hood." His performance was acclaimed and praised by critics across the board.

"Death Certificate" his second album, was released in 1991. It was controversial and divided audiences and critics alike. He performed at Lollapalooza in 1992, tapping into a wider fanbase. In November 1992, he released "The Predator", his third album. It debuted at No. 1 on both the pop and R&B charts, making it the first album in history to do so, and was well-received by critics. It remains his most successful commercial release, selling over three million copies in the U.S.

1993 saw Ice Cube's rap audience diminishing. His fourth album, "Lethal Injection", was not received well amongst critics. He took a hiatus from music after, and didn't release his fifth album (War & Peace Vol. 1) until 1998. In 2000, he joined Dr. Dre, Eminem, and Snoop Dog for the "Up in Smoke Tour", and waited another six years before releasing another album, "Laugh Now, Cry Later", which debuted at No. 4 on the Billboard Charts. "I am the West" was Ice Cube's ninth solo album, and he released it on September 28, 2010. Ice Cube collaborated on different projects and with various groups through the 2010s, including stepping outside of the hip-hop world to work with Trent Reznor and David Bowie on some racks. He released his tenth solo album, "Everything's Corrupt", in 2018, after slowly releasing singles over several years. 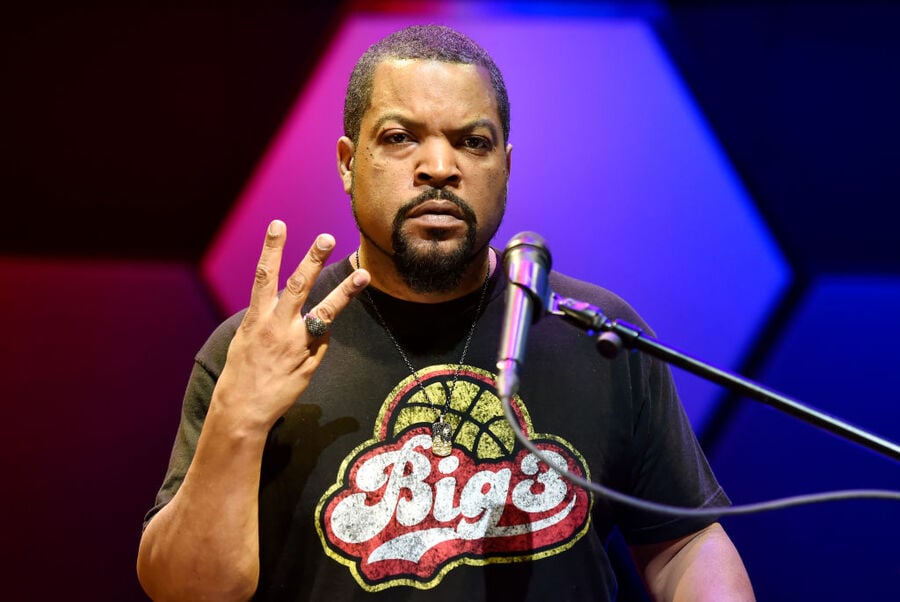 In 1991 Ice Cube made his film acting debut in "Boyz n the Hood." He appeared in a handful of films over the next few years. In 1995 "Friday" – a movie that starred, was written by and produced by Ice Cube – was released to critical and commercial success. "Friday" produced several sequels.

In October 2021 it was revealed that Ice Cube had decided to exit an upcoming film production of a comedy called "Oh Hell No" after he declined to get a COVID-19 vaccine which is required since the production was set to film in Hawaii. Cube gave up a $9 million salary be leaving the film.

Ice Cube formed Westside Connection with Mack 10 and WC in 1996. Alongside his solo career, he released two albums with the collaboration.

Ice Cube has a clothing line, Solo by Cube, which sells hooded sweatshirts with built-in headphones. He has been the spokesperson for Coors Light beer since 2011. Ice Cube announced his new project, Big3, on January 11, 2017. Big3 is a concept professional basketball league featuring former NBA greats. Season one began in June 2017.

Terry Gross, interviewing Ice Cube in January 2005 on NPR's Fresh Air, asked him whether or not he allowed his children to listen to his music. He responded: "What's worked for me is instilling in my kids a level of self-respect, and helping them to understand the content of not just music but the violence found on the evening news." When questioned about what he tells his children in regards to profanity, he responded that he told his children there are appropriate times to use any kind of language, but not to use certain words around adults out of respect.

In May 2016, Ice Cube paid $7.25 million for a home in Marina Del Rey, California. He bought the home from Jean-Claude Van Damme, who bought the house in 2012 for $6 million as a brand new spec mansion. Cube and his wife also maintain a large mansion in Encino, California which they bought in June 1996 for $2.36 million. This home is set on a 1.11 acre lot and has 7-bedrooms in a nearly 8,000 square-foot main house with pool, spa and full-size basketball court. 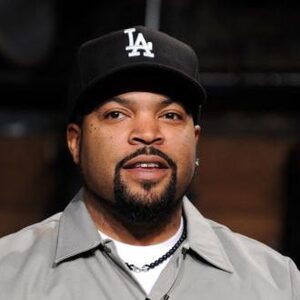