How much is Hoodie Allen Worth?

Hoodie Allen Net Worth: Hoodie Allen is an independent American hip-hop artist, singer and rapper who has a net worth of $800 thousand. Hoodie Allen made a successful turn from an Internet sensation into a charting rap artist with the release of his 2012 EP All American. Born Steven Markowitz on August 19, 1988 in Plainview, New York, and raised on Long Island, he first started writing lyrics as a child. Later on, he would perform raps for his friends at house parties. A frat-rap from the beginning, he got the chance to meet producer RJF during an Alpha Epsilon Pi-hosted party at the University of Pennsylvania. Even though he was studying marketing and finance and landed a post at Google, Hoodie Allen recognized music as his true calling. Along with RJF, he released the street albums Bagels & Beats and Making Waves (2008) and won MTV's Best Music on Campus Award in 2009. However, Hoodie Allen's big breakthrough hit came with the 2010 track "You Are Not a Robot," which appeared on his popular mixtape Pep Rally (2009). Since, he has seen the release of two other mixtapes, Leap Year (2011) and Crew Cuts (2013). In the meantime, he went on a headlining tour across the States right before he made his official debut with the All American EP in 2012. 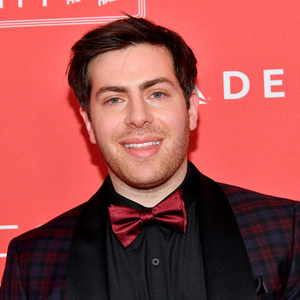