Heavy D Net Worth: Heavy D was an actor, rapper and producer who had a net worth of $350 thousand at the time of his death in 2011. Heavy D accumulated his net worth through a long and varied career in the entertainment industry, mostly centered on the world of hip hop.

He is most known as the front man of the hip hop group Heavy D & the Boyz. In addition to Heavy D, this group included G-Whiz (Glen Parrish), "Trouble" T. Roy (Troy Dixon), and Eddie F (Edward Ferrell). They were somewhat popular during their heyday in the 1990s. In addition to his work with Heavy D & the Boyz, Heavy D has moved into the genre of reggae, producing music on his own that is usually described a reggae fusion. Heavy D has also had a respectable career as an actor, having appeared over a period of many years in TV shows such as the Cosby Show spin off A Different World and Living Single, and it movies such as the popular Will Smith vehicle Hitch and the critically acclaimed film The Cider House Rules. Another TV connection is in the form of the theme song to the FOX sketch comedy series In Living Color, which was performed by Heavy D & the Boyz. Unfortunately, Heavy D died on November 8th, 2011 at the age of 44. 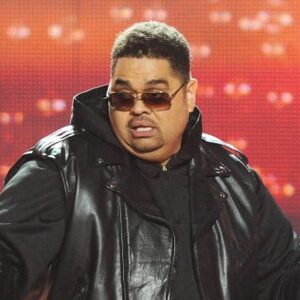