Hazel E Net Worth: Hazel E is an American reality television personality and publicist who has a net worth of $400 thousand. Hazel E was born in Houston, Texas in 1980. She is best known for starring on the VH1 reality TV series Love & Hip Hop: Hollywood.

Hazel E is a fling of rapper and producer Yung Berg on the show. In November 2014 it was revealed that Yung Berg was arrested for attacking his girlfriend and Love & Hip Hop: Hollywood co-star Masika Tucker. In episode six of the show there was an altercation shown between Hazel and Berg. Hazel E has worked a publicist for artists such as Gnarls Barkley, Eva Pigford, and Tank. She is now working on her own career as a rapper. Yung Berg's brother has made Hazel a part of his management roster. She claims that she actually created the show for VH1. 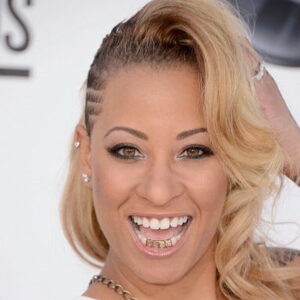