What is Gucci Mane's net worth?

Gucci Mane (real name Radric Davis) is an American rapper who has a net worth of $14 million. Gucci Mane began writing poetry as a child and began rapping at age 14. He helped pioneer the hip hop subgenre of trap music alongside fellow Atlanta-based rappers T.I. and Young Jeezy, particularly in the 2000s and 2010s. Mane released his debut album "Trap House" in 2005. Mane followed that up with "Hard to Kill" in 2006, then "Trap-A-Thon," and "Back to the Trap House" in 2007.

Radric Delantic Davis was born on February 12, 1980, in Bessemer, Alabama. When he was born, his father was on the run from police for dealing crack cocaine and heroin and living in Detroit, Michigan. Davis was raised by his paternal grandmother while his mother attended college. Mane was introduced to rap and hip hop at a young age by his older half-brother Victor who brought him to a Run-DMC, Beastie Boys, and LL Cool J concert. In 1989, Mane and his mother moved to Atlanta. He grew up in an area high in crime. Mane became a drug dealer while in junior high. He used his Christmas money in eighth grade to buy crack cocaine to sell to others.

Mane was a good student in high school and popular with his peers. Despite having a side hustle as a drug dealer, Mane didn't take drugs for the first few years he was dealing. In 1995, Mane had been selling drugs for two years when someone stopped him on his bicycle and pointed a gun at his head and robbed him. After this, he began carrying a handgun. Mane graduated from high school in 1998 with a 3.0 GPA and a scholarship to Georgia Perimeter College. He was expelled from college in 2001 after he was caught in possession of crack cocaine by an undercover police officer. He was sentenced to 90 days in county jail and probation.

After his first arrest, Mane began to take music seriously. He released an album called La Flare, distributed through a run of 1,000 CDs he distributed throughout East Atlanta. Mane did a collaboration with Young Jeezy called "So Icy," which was distributed through Tommy Boy Records. In 2005, Mane released his independent debut album entitled Trap House. The album crept into the Top 20 of the Billboard R&B/Hip-Hop Albums charts and landed at the top spot on the Billboard Heatseekers Album chart. His second album Hard to Kill followed in 2006. It included the hit single "Freaky Gurl", which peaked at number 12 on the Hot Rap Tracks. Mane released the studio album The State vs. Radric Davis in 2010.

Gucci Mane and Rae Sremmurd worked together on the single "Black Beatles." It was released in November 2016 and reached the top spot on the chart of songs–not just R&B, hip hop, or rap songs — all songs. It was Mane's first number-one single as a featured artist. It remained at the top of the charts for seven non-consecutive weeks in late 2016 and early 2017.

Gucci Mane performed at the 2017 Coachella Valley Music and Arts Festival and stunned the audience when he surprised them by bringing out P Diddy.

In the fall of 2017, he released "The Autobiography of Gucci Mane."

As of this writing, Gucci Mane has released 13 studio albums and over 71 mixtapes throughout his career.

In 2007, he founded his own label, 1017 Records. He has worked with artists such as Drake, Lil Wayne, Chris Brown, Selena Gomez, Mariah Carey, and Marilyn Manson. His prolific mixtape releases and long-standing presence as a trap music innovator in the Atlanta music scene has established him as a major influence on younger Atlanta rappers like Young Thug, Migos, Rich Homie Quan, 21 Savage, and Lil Yachty. 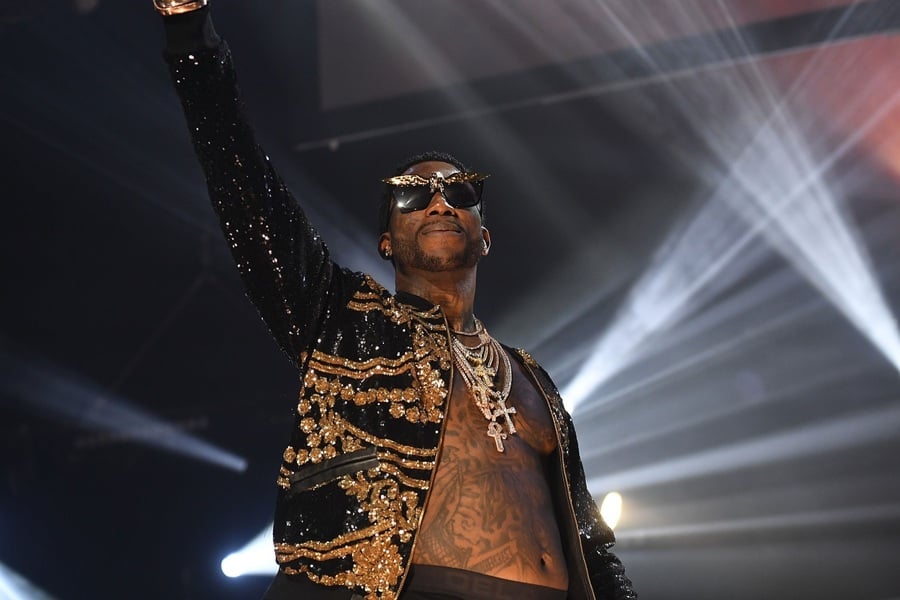 Gucci Mane married Keyshia Ka'oir on October 17, 2017. The wedding was paid for by BET which produced a 10 episode TV series based on it, called "The Mane Event" showing Ka'oir organizing the wedding, culminating in walking down the aisle on a carpet sprinkled with diamonds. Mane proposed to Ka'oir after performing at an Atlanta Hawks basketball game.

In his autobiography, he revealed that he has a son born in 2007 whom he had not known about until 2016.

In 2001, Mane was arrested on cocaine charges. He was sentenced to 90 days in jail.

In May 2005, he was attacked by a group of men at a house in Decatur, Georgia. Mane and his friends shot at the group, killing one. The body of that man was found later behind a middle school. He turned himself in and was charged with murder. He claimed the shots he fired were in self-defense. The murder charge against him was dropped in January 2006. The previous October, Mane had pleaded no contest on a charge of aggravated assault of a nightclub owner the previous summer. When the murder charge was dropped, Mane was serving a six-month sentence for the assault. He was released from jail in late January 2006. Mane served a year in prison for violating probation by not completing his community service hours on his 2005 assault conviction. He was released in May 2010.

Mane has been arrested and incarcerated a number of times since 2010. As of early 2020, he was most recently released from jail in 2016.

In November 2013, Gucci Mane filed a lawsuit against his former manager Debra Antney and her son, fellow rapper Waka Flocka Flame. In the lawsuit, Gucci claims Debra and Waka robbed him blind while he was their client. Gucci claimed Debra stole jewelry and mismanaged his royalties and assets. Gucci told the court he was nearly broke at the time with some serious IRS issues left to deal with. 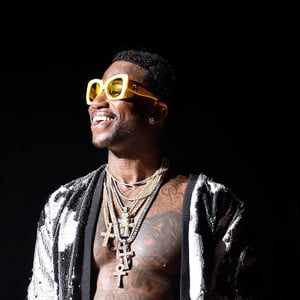