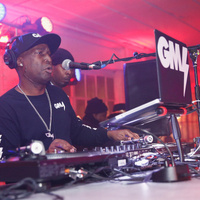 Grandmaster Flash Net Worth: Grandmaster Flash is an American hip-hop recording artist and DJ who has a net worth of $6 million. Joseph Saddler (aka Grandmaster Flash) was born January 1, 1958 in Bridgetown, Barbados, West Indies. Considered one of the pioneers of hip-hop DJing, cutting and mixing, Grandmaster Flash and the Furious Five were inducted into the Rock and Roll Hall of Fame in 2007, becoming the first hip-hop/rap artists to be so honored. Saddler's parents played an important role in his interest in music. His father was a big fan of Caribbean and black American records. Saddler's early interest in DJing came from this fascination with his father's record collection as well as his mother's desire for him to educate himself in electronics. After high school, he became involved in the pioneering days of the New York DJ scene, attending parties set up by early luminaries. He carefully studied the styles and techniques of earlier DJs, particularly Pete Jones, Kool Herc and Grandmaster Flowers. As a teenager, he experimented with DJ gear in his bedroom, eventually developing and mastering three innovations that are still considered standard DJing techniques today: Backspin technique (or, quick-mix theory); Punch phrasing (or, clock theory); Scratching. He is also the nephew of the late Former Feather Weight Champion of the World Sandy Saddler.