How much is Gerado Mejia Worth?

Gerardo Mejia net worth: Gerado Mejia is a Latino rapper and singer who has a net worth of $6 million dollars. Gerado Mejia is also known for his ventures in the recording industry, in which he works as an industry executive. In more recent times, he has branched out into becoming a youth pastor. He was born in Guayaquil, Ecuador, but moved with his family to Glendale, California, when Mejia was 12 years old. Since then he has been based out of Los Angeles and is known for his signature look, which entails a bandana, skintight jeans, and no shirts. For this look and his music ventures, he calls himself the Latin Elvis, as well as the Latin Frank Sinatra, as well as the Latin versions of Tony Zuzio and Joe Rider. Mejia got his start as Ricky in the movie, Can't Buy Me Love, which was released in 1987. He then went on to appear in Colors, which came out in 1988. His debut album then came out in 1991, Mo' Ritmo, which contained the hit move Rico Suave, which came in at #36 on the Billboard 2000 chart. With this song's success, he has been known as a "one hit wonder." He also stars in the VH1 reality series, Suave Says, which follows Gerardo and his family through their day to day lives. 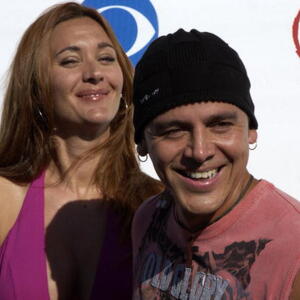