How much is G-Eazy Worth?

G Eazy net worth: G Eazy is an American songwriter, producer, and rap artist who has a net worth of $12 million. He is currently one of the most popular hip hop artists in the world.

Early Life: G Eazy was born Gerald Earl Gillum in Oakland, California on May 24, 1989. His father, Edward, is an art professor at California State University, and his mother Suzanne Olmsted is a teacher and an artist. His mother left his father when Gillum was in first grade, and the two, along with G Eazy's younger brother James, moved in with his grandparents in Berkeley, California. His mother worked two teaching jobs to make ends meet, and all three of the family members had to share one room. Gillum started working at a restaurant at the age of 14 to help provide for the family.

Career: G Eazy began making music when he was in his early teens, attending Berkeley High school and starting out as a record producer. He joined a local hip hop group called The Bay Boyz, and they began recording and releasing their tracks independently via MySpace. He began producing tracks for other artists while he was still in college. His mixtapes began to attract more and more attention, and G-Eazy released his debut studio album The Epidemic LP in 2009. Later that year, G Eazy won the NAACP Best Music on Campus award.

The award, combined with the increasing popularity of his tracks on MySpace, led to him opening for such acts as Drake, Lil' Wayne, and Snoop Dogg. He graduated from Loyola University in New Orleans with a degree in Music Industry Studies in 2011 and immediately began to tour with Summer Warped Tour and the "These Things Happen" Tour, while continuing to release tracks. G Eazy released his next album Must Be Nice in 2012.

G-Eazy's major-label debut album These Things Happen was released in 2014 and reached #1 on the US Rap and US R&B charts and #3 on the Billboard 200 chart. He went on tour in support of the album in October 2014. The tour sold out completely and included shows across the globe in Australia and New Zealand, making it his first overseas headlining tour. During the summer of 2015, G-Eazy played main stages at several huge music festivals including Bonnaroo, Lollapalooza, and Austin City Limits. 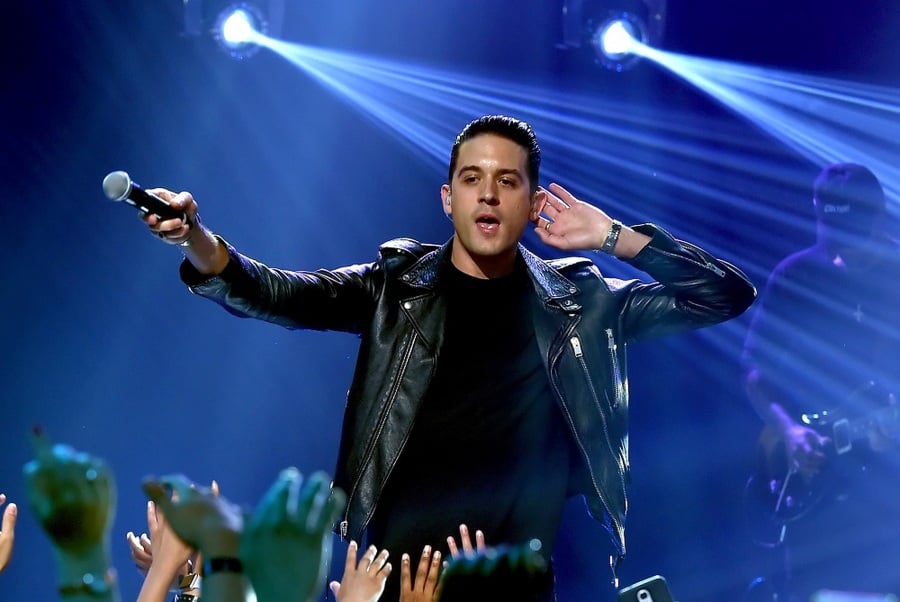 His album When It's Dark Out was released in 2015 and reached #1 on the US Rap and US R&B charts and #5 on the Billboard 200 chart. The track "Me, Myself & I" was a smash hit on the Billboard charts, peaking at #7 on the Hot 100. The music video for the song garnered over 200 million views. G-Eazy also had success with the single "Good Life" (with Kehlani) and was featured on the single "You Don't Own Me" by Grace which reached #1 in Australia. G Eazy launched his second world tour in January 2016 and saw him tour the United States, Europe, and Australia once again. That summer, he co-headlined the Endless Summer tour with Logic. In July 2016, he featured on Britney Spears' lead single from her ninth studio album, "Make Me….". They performed it at the 2016 MTV Video Music Awards.

G-Eazy announced through Instagram that his next studio album, The Beautiful & Damned, would be released in the fall of 2017. The official release date was December 15th, and a short film accompanied the album. The album was released to mixed critical reviews. His best-performing single was "Him & I", a collaboration with Hasley. The two performed the song together on Dick Clark's New Year's Rockin' Eve in 2018.

G-Eazy released a new single, "West Coast", on February 27, 2019. He released an EP, B-Sides, in June 25th. It contained songs that would not appear on his upcoming album, These Things Happen Too, which is expected to be released in 2020.

Legal Issues: G-Eazy was arrested on May 2, 2018 in Stockholm, Sweden. He was arrested on suspicion of assault and possession of narcotics after he allegedly punched a security guard. He was found by police officers to have cocaine in his pocket. On May 4, G-Eazy pleaded guilty to violent resistance, possession, and assault against an official. He was ordered to pay a fine of $10,000 and compensation to the security guard of $900.

Personal Life: G-Eazy and fellow musician and collaborator Halsey dated from 2017 to 2018.

G-Eazy's song "Everything will be OK" addresses his mother's same-sex relationship with a woman named Melissa, which he was initially confused by but came to accept. Tragically, he came home one day to find Melissa had overdosed on prescription pills and had died.

Philanthropy: G-Eazy headlined a concert for Bay Area Fire Relief in 2018 that raised $15 million. He pulled out of a lucrative H&M sponsorship deal after controversy over a racist sweatshirt advertisement surfaced. He has used his platform to speak about gun control and has performed for Everytown anti-gun violence fundraisers. He founded the Endless Summer Fund, a non-profit devoted to helping young people thrive and participate in strengthening the Bay Area community. 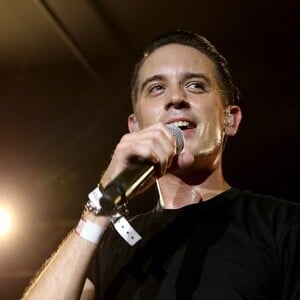