G-Dragon net worth: G-Dragon is a South Korean rapper, songwriter, producer and model who has a net worth of $30 million. Born Kwon Ji-Yong, G-Dragon is the leader and one of the two rappers of the boyband Big Bang. Kwon began his career at the age of eight as a member of the group Little Roora.

But it was at the age of 11, when he signed to YG Entertainment and thus, in 2006 joined Big Bang, for which he wrote and composed a large number of songs, including "Lies," "Last Farewell," and "Haru Haru. In 2008, Big Bang's track Remember topped Korea's Gaon chart, while most of their other releases were certified gold. One year later, G-Dragon released his debut solo album "Heartbreaker," which produced the number-one single of the same name. Actually, the album is one of the most successful albums of 2009, making sales of over 200,000 copies and winning the Mnet Asian Music Awards for Album of the Year. However, the success of the album was accompanied by major controversies for the artist, including accusations of plagiarism. After a break of almost an year, G-Dragon and his band-mate TOP collaborated to record and release the album GD & TOP (2010). The three major singles of the album "High High," "Oh Yeah," and "Knock Out," have mounted on the top three positions of the Gaon chart, with "High High" being a chart-topper. Then in 2013, he released his second solo album, "One of a Kind," that includes hit singles like "One of a Kind," "Crayon," and "That XX. Having also contributions to fashion and shaping main trends in South Korea, G-Dragon's influence goes beyond music industry. He is also the first and only person named as "50 Reasons Why Seoul is the Best City" by CNN. He is one of the highest-paid celebrity endorsers in Korea, easily commanding $2-3 million per endorsement deal. 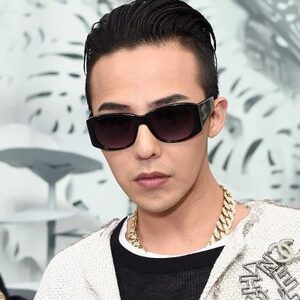