What is Funkmaster Flex's Net Worth?

Funkmaster Flex is an American rapper, hip hop DJ, musician, and producer who has a net worth of $7 million. Today, Flex is probably best known for his hosting duties on New York City's radio station, Hot 97. He has held this role since the early 90s, having first taken to the airwaves in 1992 with New York's first-ever hip-hop radio show. In addition, he has been associated with record labels such as RCA, Def Jam, and Universal.

Aston George Taylor Jr. was born on August 5th of 1968 in The Bronx, New York. Raised in a strict, religious household by Jamaican immigrant parents, Aston was inspired by his father, who worked as a DJ and a sound system professional. At the young age of 16, he started DJing for the first time in local nightclubs throughout New York.

By the time Aston was 19, he was working alongside Bronx native Chuck Chillout on the WRKS radio station 98.7 Kiss-FM in New York. After another brief stint at another radio station, Taylor appeared at various clubs throughout New York as a DJ. As the popularity of hip-hop music began to rise, Aston convinced Hot 97 vice president Joel Salkowitz to air live broadcasts from these nightclubs.

Eventually, it became clear that hip-hop was going through a major resurgence, and Hot 97 increased its programming of urban music. This proved to be a very successful decision, and eventually Aston (now going by Funkmaster Flex) was given his own radio show on Hot 97. The new show was totally new for New York, showcasing various new rappers in a way that no show had ever done before. Over the years, Flex emerged as an iconic figure within the hip-hop world, and he continues to act as a radio host today. He is particularly well-known for his trademark bomb sound effect that he plays over records.

By the mid-90s, Flex was given a record deal with Loud Records. He then released a number of well-received mixtapes. By 1995, he had formed The Flip Squad with a number of other New York-based DJs. In 1998, the Flip Squad released an LP. In 1999, he released a collaborative album that he produced, and this album featured songs by artists such as Dr. Dre, Eminem, DMX, Nas, Snoop Dogg, and many others. Over the years, he has also worked with artists such as Pras, Yvette Michele, and Armand Van Helden.

In 2020, Funkmaster Flex announced that he was planning to release another album. That year, he released the lead single of the album, entitled "Lurkin'." He also announced that the album would feature a wide range of artists, such as Kodak Black, Juice Wrld, Post Malone, and Lil Baby. This album was also reportedly worked on through IFWT Films and Records, a company that Funkmaster founded himself.

In 2010, he released a totally new show called "Funk Flex Full Throttle." He is also known for his appearances on the reality show "This Is Hot 97." Funkmaster's knowledge of cars is so extensive that he was even invited to help customize various vehicles released by Ford in 2005. 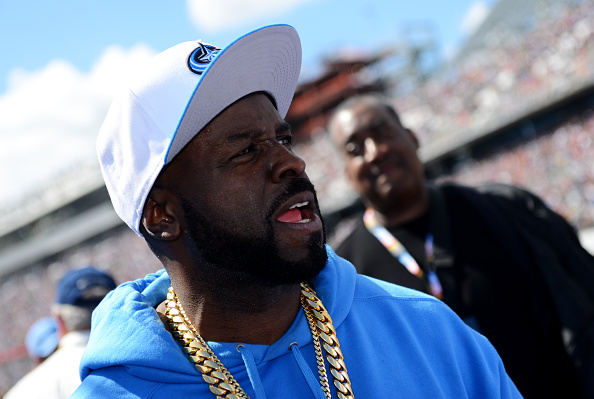 Funkmaster is also known for voice acting roles in various video games, including "Grand Theft Auto IV." In the video game, he plays a radio host of a fictional station called The Beat. In addition, Flex appears in video games such as NFL 2K5, Def Jam Vendetta, and NBA 2K18.

In 2010, Funkmaster created his own website called InFlexWeTrust.com. This site publishes the video and audio of artist freestyles that are featured on his radio shows. In addition, the site has become a trusted source of news and other entertainment related to the hip-hop community. Aside from subjects related to hip-hop, the site also covers topics like cars, models, sports, and technology. In 2012, the site was acquired by the Complex media network.

In 2011, Taylor was arrested for an alleged domestic violence incident involving his wife, Monica Joseph Taylor. He reportedly pushed her and then sent her threatening texts. In 2014, it was revealed that Aston was in a fierce legal battle with an ex-girlfriend over child support payments for their son.

Funkmaster Flex is known for his rivalry with DJ Ency and Charlamagne Tha God. This rivalry is largely due to the fact that both DJs work for Power 105.1, a radio station in New York that competes with Hot 97. The feud became especially serious in 2012.

Funkmaster Flex's words as a radio host have been questioned on more than one occasion. In 2015, he was the subject of much ire after promising to air an exclusive premiere of Meek Mill's diss track. During this announcement, he also promised to publish release proof that Drake was heavily reliant on a ghostwriter. However, these promises never actually materialized, and fans starting a petition to get Funkmaster Flex removed from Hot 97 as a result. 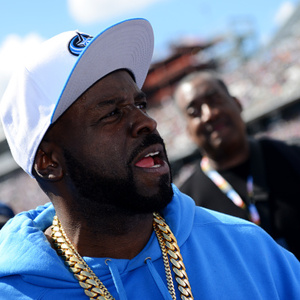