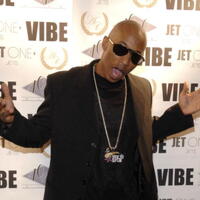 Fredro Starr Net Worth: Fredro Starr is an American rapper and actor who has a net worth of $2 million. Born Fredro Scruggs on April 18, 1971, in South Jamaica, Queens, New York, USA, he has a lot on his plate when it comes to music and acting. Actually, Fredro is one of the few rappers who leads prolific career on both stage and screen. Fredro's music career beginnings date back to 1991 when he founded the hardcore rap/hip hop group Onyx with Sticky Fingaz and Sonee Seeza. The trio started off with their debut album, Bacdafucup, in 1993 via UNI/Def Jam Records, a release that eventually went platinum. But aside from the early success, Onyx broke up after their 1998 album, Shut 'Em Down (Def Jam). Consequently, Starr went on solo and has released three albums to date: Firestarr (2001), Don't Get Mad Get Money (2003) and the latest one Firestarr 2 (#FS2) (2013). At the same time, he has built a firm acting resume (even with no formal training), starring in various TV shows and several movies. The most notable productions that he has starred in include movies Save the Last Dance (2001) and Light It Up (1999), HBO's TV movie Strapped (1993) and WB's television show Moesha (1996–2001). In addition, Starr leads his multi-faceted entertainment entity, OPM (Other People's Money).