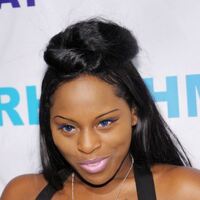 What is Foxy Brown's Net Worth?

Foxy Brown is an American rapper, model, and actress who has a net worth of $3 million. Foxy released her debut album in 1996 through Def Jam Records, and she has been an integral part of the hip-hop community ever since. After briefly joining a rap group called the Firm, Brown went solo in 1999 and released "Chyna Doll," her second studio album. This topped the charts, making her the second female rapper in history to achieve this feat.

She then followed up in 2001 with "Broken Silence," which featured the track "Na Na Be Like." This track was nominated for a Grammy award. "Broken Silence" would prove to be Foxy's last release, although she has collaborated with a number of artists since 2001. Further mixtapes were released over the years, and in 2019 her upcoming visual album was delayed indefinitely.

Inga DeCarlo Fung Marchand was born on September 6th of 1978 in New York City. While growing up, Inga's musical talents quickly became clear. She eventually won a talent contest in Brooklyn for a musical performance, and she was spotted by producers who invited her to start rapping in the studio.

Foxy Brown began her career by appearing alongside many other artists on various tracks, including platinum and gold singles. Some of her most notable collaborations during this period were with artists like Toni Braxton and Jay-Z. In 1996, she was signed to Def Jam Records at the age of just 17. That year, she released her debut album, "Ill Na Na." Although the album received mixed reviews, it performed very well commercially with over 100,000 copies sold within the first week. The album also debuted at number seven on the charts. This album also featured artists like Jay-Z and Method Man.

After the release of her debut album, Brown teamed up with Nas, AZ, and Nature to create the rap "supergroup" called the Firm. In 1999, their first and only album was released with help by Dr. Dre as a producer. The album debuted at number one on the charts. During this period, she toured with multiple well-known artists, such as Snoop Dogg, The Spice Girls, and Stone Temple Pilots.

In 1999, Foxy followed up with another solo album called "Chyna Doll." This album debuted at number one on the charts and sold 173,000 units within the first week of hitting the market. Only Lauryn Hill had managed to top the charts with a rap album before this. Unfortunately, sales quickly declined after the first week – although it was eventually certified platinum.

Another album called "Broken Silence" followed in 2001. This debuted at number five on the charts and sold 130,000 units within the first week. Eventually, it would go on to sell more than 500,000 units to achieve gold certification. The album also features artists such as Spraga Benz. Over the next period, she released another single called "Stylin'" before leaving Def Jam Records.

Leaving Def Jam Records proved to be the point of decline for Brown's career, as she failed to create a long-planned album called "Black Roses." Hearing loss also prevented her from continuing with her career in an effective manner. In 2007, her prison sentence presented additional difficulties with her career. In 2019, it was reported that she was working on an upcoming, unconfirmed fourth studio album. 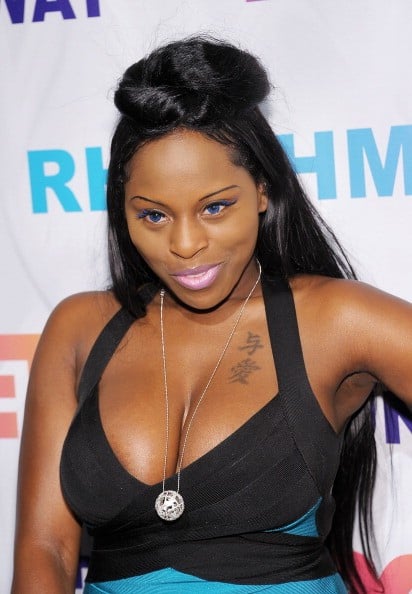 Foxy Brown is famous for her longstanding feud with Lil' Kim. The pair have been competing since the 90s, mostly due to the similarities between their music. At one point, the two were involved in an incident that involved gunfire outside of a New York radio station. Lil' Kim was eventually imprisoned for another issue, which stopped the feud. Upon release, Kim has mostly ignored Brown with the latter continuing to insult and "diss" her longtime enemy.

In 2000, Foxy entered a drug rehab center and receive treatment for opioid addiction. She had previously announced that she had been struggling with depression. At one point, Brown was unable to perform or record music unless she had taken some form of morphine. In 2005, she suffered hearing loss and required the use of a hearing aid. This issue was cleared up by 2006.

In 2007, it was announced that Foxy Brown had been handed a one-year jail sentence for violating her parole. She had originally been arrested after an incident in 2004 which saw her getting into a fight with two New York manicurists. Things didn't get much better once Brown arrived in jail, as she was involved in another altercation with an inmate. This saw her sentenced to 76 days of solitary confinement. This sentence was eventually shortened based on good behavior, and Brown was eventually released in 2008.

In 2010, Brown was arrested once again for criminal contempt. This is a class E felony. The alleged incident involved Foxy being verbally abusive towards her neighbor before throwing a BlackBerry at her. She eventually pleaded not guilty and was released on a $5,000 bail. Although she faced a maximum prison sentence of 7 years for the incident, all charges were dropped in 2011.