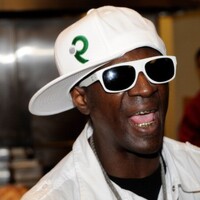 What is Flavor Flav's Net Worth?

Flavor Flav is an American rapper and reality TV star who has a net worth of $2 million. Flavor Flav is best known for co-founding Public Enemy, one of the most prolific rap groups in music history with 14 studio albums and more than 40 music videos. Public Enemy garnered critical acclaim with their debut album, 1987's "Yo! Bum Rush the Show," and "It Takes a Nation of Millions to Hold Us Back" (1988), "Fear of a Black Planet" (1990), and "Apocalypse 91… The Enemy Strikes Black" (1991) were all certified Platinum. Often seen with a large clock hanging from his neck, Flavor Flav has also been a staple of reality TV, starring on VH1's "The Surreal Life" (2004), "Strange Love" (2005), and "Flavor of Love" (2006-2008).

Flavor Flav was born William Jonathan Drayton, Jr. on March 16, 1959, in Roosevelt, New York. He grew up in Freeport, New York, with mother Anna, father William (a restaurant owner), brother Steven, and sister Jean. He started playing piano at 5 years old after teaching himself, and he also played guitar and drums as a child. Drayton sang in the church choir and attended Freeport High School, but he dropped out during his junior year. When he was a child, he accidentally set his family's house on fire while he was playing with a lighter, and he was arrested for burglary and robbery numerous times as a teenager. In 1978, William decided to go to culinary school, and he met Carlton Ridenhour (better known as Chuck D) at Long Island's Adelphi University and began appearing on his college radio show. The two later began rapping together, and Drayton started using the stage name Flavor Flav.

Flavor Flav and Chuck D co-founded Public Enemy in 1985 and released the track "Public Enemy #1" the following year, earning the attention of Rick Rubin, a Def Jam Records executive. They signed a deal with the label and released their debut album, "Yo! Bum Rush the Show" on February 10, 1987. The album was certified Gold by the RIAA, and their follow-up, 1988's "It Takes a Nation of Millions to Hold Us Back" went Platinum and reached #1 on the "Billboard" Top R&B/Hip-Hop Albums chart. Public Enemy then released 1990's "Fear of a Black Planet," which featured the #1 "Billboard" Hot Rap Songs "Fight the Power" and "911 Is a Joke." The group has released 11 more albums since then, including "New Whirl Odor" (2005), "Rebirth of a Nation" (2006), and "The Evil Empire of Everything" (2012), and their 15th album, "What You Gonna Do When the Grid Goes Down?" is scheduled for a September 2020 release. In March 2020, the group announced that they were kicking Flav out of the band after a disagreement regarding a Bernie Sanders rally, but Chuck D later said it was a hoax.

Flav released a self-titled solo album in 1996, and he has made guest appearances on tracks by Anthrax, George Clinton, Ice Cube, Will Smith, Snoop Dogg, and many other artists. He made the foray into reality television in 2004, first appearing on "The Surreal Life," where he began a relationship with Danish actress Brigitte Nielsen. VH1 gave the couple their own show, "Strange Love," the following year, but Nielsen ended the relationship at the end of series, choosing to go back to her fiancé. Flav then starred on the dating show "Flavor of Love," which ran for three seasons, and in 2007, he was the guest of honor at the "Comedy Central Roast of Flavor Flav." Flav has appeared in several film and TV projects as an actor, including "New Jack City" (1991), "Private Parts" (1997), and "The Bernie Mac Show" (2004), and he had recurring roles on "Under One Roof" (2008-2009), "Nite Tales: The Series" (2009), and "Dr. Fubalous" (2012). Flav has also owned the restaurants Flav's Fried Chicken, Flavor Flav's House of Flavor, and Flavor Flav's Chicken & Ribs. 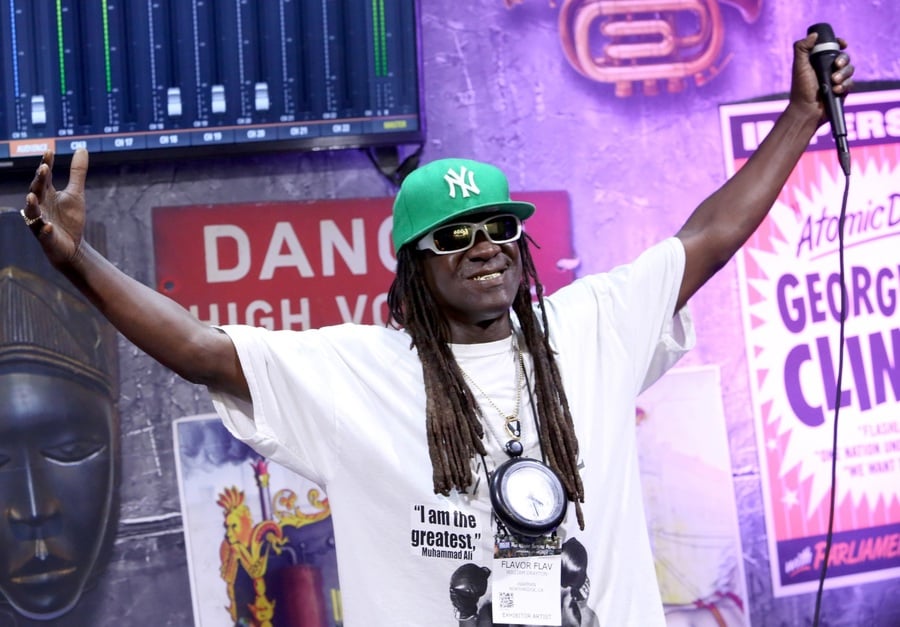 Flav has three children with Karen Ross, three with Angie Parker, and one with Elizabeth Trujillo. He was engaged to Trujillo while he was dating other women on "Flavor of Love," and the couple reportedly got married sometime after 2013. In October 2012, Flav was arrested for assaulting Liz and threatening her teenage son with a knife, and the following year, the pair appeared on VH1's "Couples Therapy." In 2012, Parker took Flav to court over the $111,186 he owed in child support, and facing six months in prison, he paid Angie $25,000 in June of that year and agreed to monthly $1,200 payments.

Flav has struggled with addiction and legal issues throughout his life, and after a 1991 arrest for assaulting Ross and 1993 arrests for cocaine, marijuana, domestic violence, and attempted murder, his family held an intervention and convinced him to get help at the Betty Ford Center. He also sought treatment at the Long Island Center for Recovery after his father died in 1997. Flav has been arrested several times since then, spending nine weeks in Rikers Island in 2002 for parking tickets and driving with a suspended license and racking up arrests for driving offenses in 2011, 2014, and 2015. At the time of the 2014 arrest, Flav had 16 driver's license suspensions.

With Public Enemy, Flavor Flav has earned six Grammy nominations: four for Best Rap Performance by a Duo or Group ("Fight the Power" in 1990, "Fear of a Black Planet" in 1991, "Apocalypse 91" in 1992, and "Greatest Misses" in 1993), one for Best Metal Performance ("Bring the Noise" with Anthrax, 1995), and Best Music Video – Long Form ("The Enemy Strikes Live," 1993). The group was inducted into the Rock and Roll Hall of Fame in 2013 and received a Grammy Lifetime Achievement Award in 2020, and they have also earned nominations from the American Music Awards and the Soul Train Awards (winning Best Rap Album for "Apocalypse '91" in 1992). For his work on "Flavor of Love," Flav received Teen Choice Award nominations for TV – Choice Reality Star (Male) in 2006 and Choice TV: Male Reality/Variety Star in 2007.