Fat Joe Net Worth: Fat Joe is a New York-born rapper and producer who has a net worth of $4 million dollars. After establishing a name for himself in the early 90s with the D.I.T.C Crew, Fat Joe pursued a successful solo career. Eventually, he started his own music label called Terror Squad. Over the years, Fat Joe has collaborated with some of the biggest names in the music industry. Outside of music, Fat Joe has appeared in a range of movies.

Early Life: Fat Joe's real name is Joseph Antonio Cartagena. He was born on August 19th of 1970 in the South Bronx neighborhood of New York City. Cartagena is of Cuban and Puerto Rican descent. Because he grew up in a rough, impoverished neighborhood, Cartagena was driven to a life of crime at an early age. He described himself as a "bully" during his school years, and he often stole in order to support his family. At a young age, Joseph's brother introduced him to his true passion in life: Hip-Hop music.

Career: In 1992, Cartagena took the stage name "Fat Joe da Gangster" and joined the Diggin' in the Crates Crew (D.I.T.C). During this time, he had the chance to collaborate with a range of artists, making valuable networking connections that he would later use to build his record label. He was first signed to Relativity Records, and in 1993 he was ready to release his debut album.

Represent was Fat Joe's first solo album, and it contained the hit "Flow Joe." The track reached the top spot on the Rap Charts and helped Fat Joe kick off his music career with a bang. In 1995, he followed up with his second album, Jealous One's Envy. The track "Envy" performed well on the charts, further solidifying Fat Joe's success. Things were taken a step further when he ran into LL Cool J during a session at the recording studio. He was invited into the booth to record on the track "I Shot Ya," and later appeared in the music video.

During this period, Fat Joe also started working with Big Pun, whom he personally discovered. In 1998, Fat Joe collaborated with artists such as Nas, Diddy, Bone Thugs-N-Harmony on his third album, Don Cartegena. The track of the same name went on to become a major hit, as did "Bet Ya Man Can't Triz." This album also served to introduce Fat Joe's new group called Terror Squad, which consisted of Big Pun, Cuban Link, Prospect, and others. Terror Squad was also the name of Fat Joe's new record label, and he promoted several artists under this banner.

Fat Joe continued to collaborate with prominent musicians for his fourth album, Jealous Ones Still Envy. The album was produced by Irv Gotti and featured artists such as Ashanti, Ja Rule, and Ludacris. Although "We Thuggin'" was a major hit from the album, it was completely overshadowed by "What's Luv." Arguably Fat Joe's most successful song of all time, the track featured Ashanti and Ja Rule, and has since become one of the most timeless and nostalgic tracks from the early 00s. This all contributed to a level of success that Fat Joe would never again surpass with any other album – including 2002's Loyalty. Eventually, Jealous Ones Still Envy achieved platinum certification.

In 2004, Terror Squad released their last album, True Story. The album featured the hit "Lean Back," which was a collaboration with Remy Ma. The track stayed at the number one spot on the charts for 3 weeks, proving to be one of Fat Joe's most successful songs of all time. In 2005, Fat Joe began his famous feud with 50 Cent. It all started with Ja Rule, as 50 Cent had criticized Fat Joe for working with the rapper. Fat Joe fired back with a diss track in his sixth album All or Nothing. The album also featured artists such as R. Kelly, Eminem, and Remy Ma. 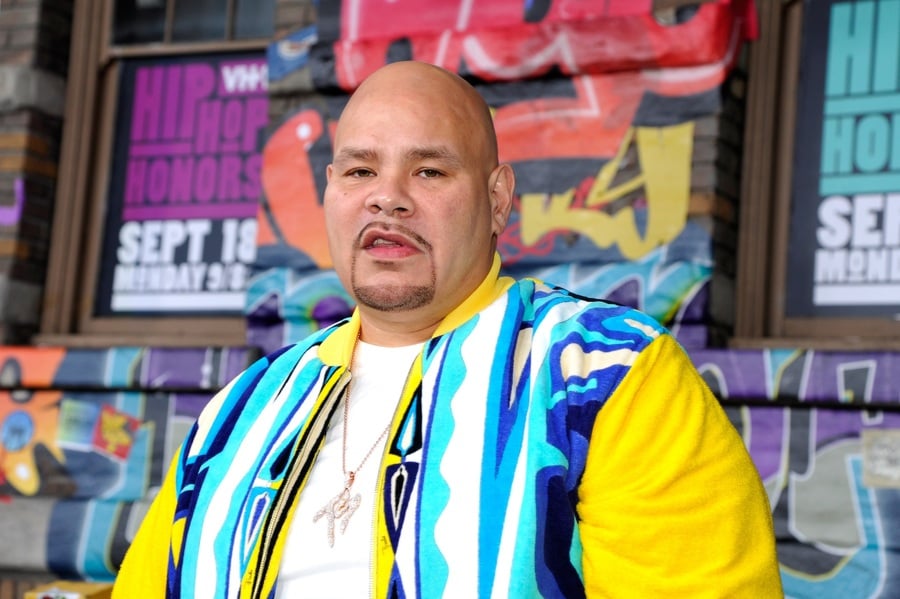 His feud with 50 Cent eventually escalated, and Fat Joe publicly criticized 50 Cent for cowardice and a lack of street cred. Things reached a boiling point during the MTV Video Music Awards in 2005 when Fat Joe insulted 50 Cent while on stage, prompting the latter to jump onto the stage while yelling obscenities. The award show quickly cut to a commercial break.

Fat Joe then collaborated with Lil Wayne on his seventh album, Me, Myself & I. This spawned the Grammy-nominated hit single "Make It Rain." The rivalry between 50 Cent and Fat Joe continued during this period. After Fat Joe released The Elephant in the Room, 50 Cent mocked this new album, claiming his mixtape sold more units and that he single-handedly "ended" Fat Joe's career.

Legal Issues: Fat Joe has struggled with a number of legal issues over the course of his career. On at least two separate occasions, Fat Joe has been charged with assault. He has also been called to stand as a witness for two separate murder trials. The man on trial was Fat Joe's bodyguard. In a separate murder trial, Fat Joe was sitting in a car with two men who were fatally shot and he subsequently was called as a witness for the trial. 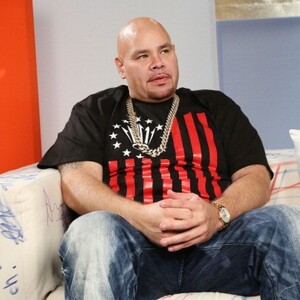