How much is Everlast Worth?

Everlast Net Worth: Everlast is an American rapper and songwriter who has a net worth of $5 million. Everlast is perhaps best known for his work with the hip hop group House of Pain, which created the hit "Jump Around." Although Everlast was a central figure in the early hip hop scene, he later ventured into other musical genres, such as latin rock. In the year 2000, Everlast won a Grammy for a collaboration with Santana entitled "Put Your Lights On." Everlast is a vocalist who can also play the piano, the guitar, and the turntables. Everlast sometimes performs under the name "Whitey Ford."

Early Life: Erik Francis Schrody was born on August 18th of 1969 on Long Island. Although he was born in the state of New York, Erik later attended high school in the San Fernando Valley of California. This was the same high school that Ice Cube and Krazy Dee attended, and later stated that these figures were "larger than life" for him.

Career: Everlast began his career as a member of the Rhyme Syndicate. In 1990, he released his first album "Forever Everlasting" with the help of Ice-T, although failed to sell many units. Seeing that he wasn't having much success with his solo career, Everlast teamed up with DJ Lethal and Danny Boy to create House of Pain. This LA-based hip hop group then signed with Tommy Boy Records, and they released their self-titled debut album in 1992.

This album contained the smash hit "Jump Around," which is still popular to this day. As a result of this hit's popularity, House of Pain's debut album reached multi-platinum status. The single has been remixed several times since its release. This breakthrough album also featured collaborations with Cypress Hill member B-Real.

On the heels of their successful first album, House of Pain toured with a number of established artists and bands. These included The Ramones, Beastie Boys, and Rage Against the Machine. With new exposure came new opportunities, and the group was invited to collaborate on the "Judgement Night" soundtrack. Everlast also played a villain in the film. But for all their success, House of Pain only stayed together for a few years before disbanding in 1996.

After the dissolution of House of Pain, Everlast returned to solo work. Unlike his first solo album, his second attempt was more successful – both in a critical and commercial context. When the dust cleared, "Whitey Ford Sings the Blues" sold more than 3 million copies after its release in 1998. The album marked a significant change in Everlast's artistry, as it blended rap with acoustic and electric guitars. Emotional, soulful songs like "What It's Like" proved to be especially successful. Everlast had suffered a heart attack shortly before the release of this album.

One year later, Everlast collaborated with Santana on his album "Supernatural." After Everlast featured on the single "Put Your Lights On," he received a Grammy Award for Best Rock Performance by a Duo or Group with Vocal in 2000. This year also marked the eruption of a massive feud between Eminem and Everlast. According to Everlast, the argument arose from an incident in 1999 when Eminem failed to acknowledge him after he had approached the rapper in an attempt to congratulate him for his success.

On the other hand, Eminem said that neither he nor Everlast recognized each other or acknowledged each other. What followed was a long string of diss tracks where each rapper attacked one another in various ways. Everlast seemed to target Eminem's relationship with his daughter, while Eminem criticized the former several times in raps and in public.

Despite the fact that both rappers promised on numerous occasions that they were done feuding, they continued to release diss tracks – with each man seemingly desperate to have the last word. Limp Bizkit found himself in the middle of the feud for some reason, which prompted Eminem to start attacking Limp Bizkit as well. After many years had passed, the two seemed to reconcile.

Everlast's third album, "Eat at Whitey's" proved to be less successful than his second. It still received a gold certification and strong reviews, but it clearly wasn't as impactful as the previous album. In 2003, Everlast signed with Island Records. He then released his fourth album, "White Trash Beautiful."

In 2006, Everlast reunited with DJ Lethal and Danny boy to create the hip-hop group La Coka Nostra. A number of other well-known artists joined the collective until it was essentially a supergroup, with rappers like B-Real, Sick Jacken, Slaine, and Ill Bill. Their track "Fuck Tony Montana" proved to be quite successful when it was released online.

Over the next period, Everlast contributed created the theme song for "Saving Grace" and released his fifth album. In 2009, La Coka Nostra released their debut album and collaborated with artists like Nas and Necro. In 2011, he released a sixth solo album before taking a hiatus to deal with his daughter's health issues – only to return in 2017 and 2018 to release more music.

Relationships: In 2009, Everlast married Lisa Schrody, a former model who appeared in "Penthouse" under the name "Cassia Riley." The pair have had two children together over the course of their relationship.

Real Estate: In 2018, it was reported that Everlast had sold his home in Corona, California for $1.13 million. The traditionally-styled home features an East Coast vibe and 5,307 square feet of living space. Inside there is a wrought-iron spiral staircase and crown molding. French doors open to a spacious patio, a spa, and a pool. The residence sits on about a quarter-acre of land, and there are exceptional views of the surrounding mountains. 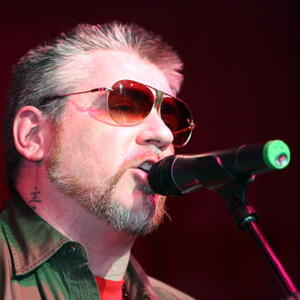