Elijah Daniel net worth: Elijah Daniel is an American comedian, rapper, music producer, songwriter, and author who has a net worth of $8 million. Elijah gained notoriety in 2019 when he purchased the entire town of Hell, Michigan and renamed it Gay Hell.

Elijah Daniel was born in Detroit, Michigan in January 1994. He authored the erotic novel Trump Temptations which went viral. Daniel began rapping using the name Lil Phag in 2017. He was nominated and won for Best Comedian with Christine Sydelko at the Shorty Awards. He began focusing on EDM and pop music in 2019 with his fiancé as the duo adam&steve. Elijah Daniel released the album God Hates Lil Phag in 2018. He has collaborated with artists including Hoodie Allen, Tana Mongeau, Bella Thorne, MOD SUN, Cupcakke, and more. As an actor he appeared in the movies Lost River, Happy Ending, and Division 19. Daniel also appeared in episodes of the TV series Low Winter Sun, 12 Monkeys, and more. He is an LGBT advocate. In 2019 he purchased the town of Hell, Michigan and changed the name to Gay Hell. 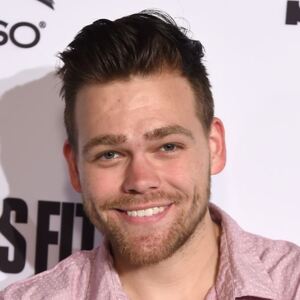