El-P net worth: El-P is an American hip hop artist, rapper, record producer, and entrepreneur who has a net worth of $3 million. El-P was born in Brooklyn, New York in March 1975. He started off as a member of the group Company Flow and has turned into a driving force in the alternative hip hop scene as a producer for many underground rappers. El-P is the co-founder, CEO, and owner of the Definitive Jux record label. He is also a member of The Weathermen as well as the art collective Cardboard City. El-P and Killer Mike formed the hip hop duo Run the Jewels in 2013. Company Flow released the albums Funcrusher in 1996, Funcrusher Plus in 1997, and Little Johnny from the Hospitul: Breaks & Instrumentals Vol. 1 in 1999. El-P's debut studio album Fantastic Damage was released in 2002. He has also released the albums I'll Sleep When You're Dead in 2007 and Cancer 4 Cure in 2012. He has also released five instrumental albums. Run the Jewels released their self-titled debut studio album as a free digital download in 2013. Their second album Run the Jewels 2 was released in 2014 and reached the Top 10 in the US R&B, Rap, Indie, and Taste charts. El-P has worked with artists such as Aesop Rock, Murs, Atmosphere, Zach de la Rocha, Beck, Hot Hot Heat, and Nine Inch Nails. 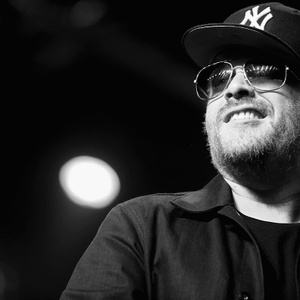