What was Eazy-E's net worth?

Eazy-E was an American rapper and record executive who performed in the hip hop group N.W.A. At the time of his death Eazy-E had a net worth of $8 million dollars.

There are some reports that Eazy-E was worth as much as $35 million during his lifetime. This might have been true at the absolute peak of NWA's success when Ruthless Records was earning approximately $10 million per month on record sales. Unfortunately, Eazy's lavish spending and poor business habits caused his fortunes to dip towards the end of his life. He owned a mansion in Calabasas, California that he purchased for $1.1 million in 1991. That house was left to his wife Tomica after his death. Unfortunately the house was lost to foreclosure just nine months later.

Eazy-E was born Eric Wright on September 7, 1963 in Compton, California to Richard and Kathie Wright. His father was a postal worker and his mother a grade school administrator. Wright dropped out of high school in tenth grade, but later received his GED. He supported himself primarily by selling drugs, and at the age of 23, Wright had allegedly earned as much as $250,000 from dealing drugs. However, after his cousin was shot and killed, he decided to make a living in the thriving Los Angeles hip hop scene.

Striving for a better life, he ventured into the music scene where his popularity grew rapidly. He started recording songs in the mid-1980's in his parent's garage and started Ruthless Records. By 1987, Eazy-E was a member of the group N.W.A. with Dr. Dre, Ice Cube, DJ Yella, MC Ren, and Arabian Prince. N.W.A. was formed when Ruthless Records signees, Dr. Dre and Ice Cube wrote "Boyz-n-the-Hood." The group's compilation album "N.W.A. and the Possee" was released on November 6, 1987 and would go on to be certified Gold in the US. Eazy-E's debut album," Eazy-Duz-It," was released on September 16, 1988 and featured 12 tracks. It sold over 2.5 million copies and reached number 41 on the Billboard charts. He went on to build a successful career with N.W.A. writing and performing hit songs, including seven of the eighteen songs on the hit album, "Niggaz4Life".

Ice Cube left N.W.A in 1989 because of an internal dispute and the group continued as a four-piece. They released "100 Miles and Runnin" in 1990 and in 1991, N.W.A. began to split up after Jerry Heller became the band's manager. In March 1991, Eazy accepted an invitation to a lunch benefiting the Republican Senatorial Inner Circle, hosted by then-President George H. W. Bush. A spokesperson for the rapper said that Eazy-E supported Bush due to his handling of the Persian Gulf War.

Meanwhile, Heller appeared to look after Eazy-E's interests ahead of the other band members and Dr. Dre eventually asked Eazy to release him from the Ruthless Records contract. Eazy refused and the impasse led to a heated feud between the two bandmates. The feud eventually led to Dre's release from Ruthless Records, but Dre continued to attack Eazy in his track, "The Chronic", with Eazy firing back with the EP, "It's On (Dr. Dre) 187um Killa". The 1993 album contained pictures of Dre wearing lacy outfits and makeup from his time in the Electro-hop band, World Class Wreckin' Cru. On January 30, 1996, ten months after Eazy-E's death, his final album, "Str8 off tha Streetz of Muthaphukkin Compton" was released. 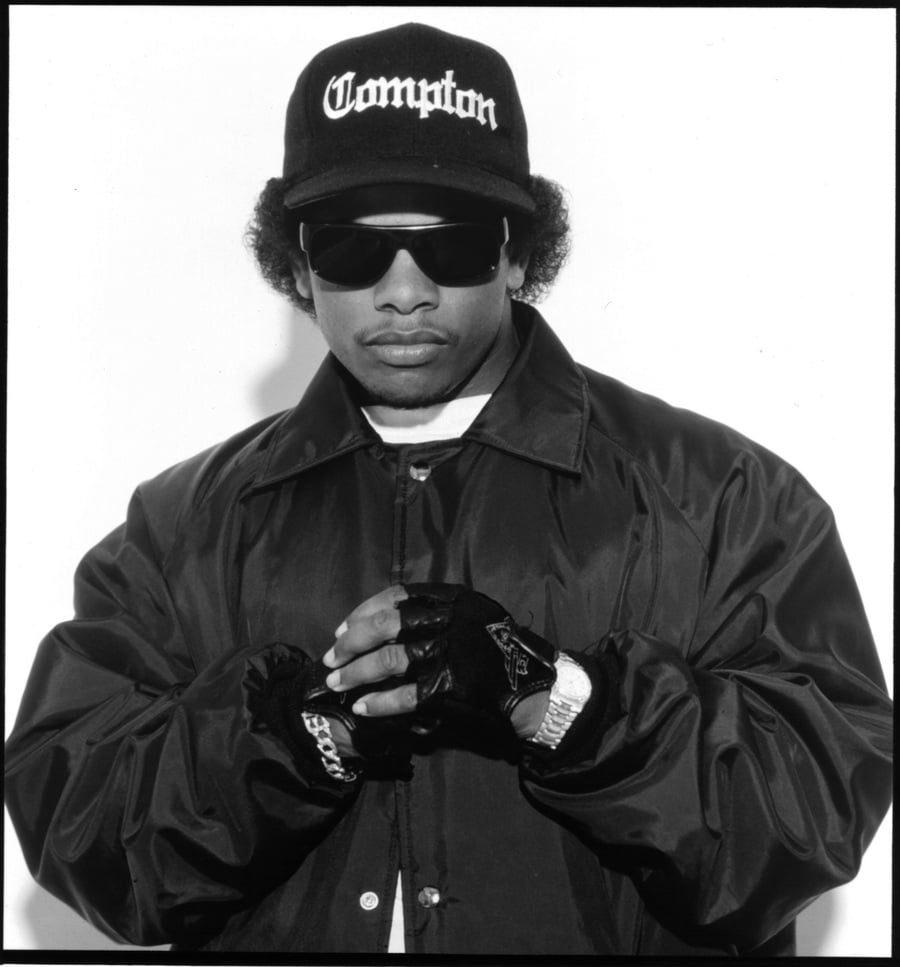 Wright met Tomica Woods at a Los Angeles nightclub in 1991. They married in 1995, just twelve days before his death from AIDS-induced pneumonia on March 26th. After Eazy-E's death, Ruthless Records was taken over by Tomica.

On February 24, 1995, Eazy-E was admitted into Cedars Sinai Medical Center with a violent cough and what he believed to be asthma. Instead, he was diagnosed with AIDS. He announced his illness in a public statement on March 16.

Eazy died on March 26, 1995, one month after his diagnosis at the age of 30. During the weeks before his death, Eazy made amends with Dr. Dre and Snoop Dogg. He is buried in Rose Hills Memorial Park Cemetery. Over 3,000 people attended his funeral, including Jerry Heller and DJ Yella. He was buried in a gold casket and was dressed in a flannel shirt, jeans, and his Compton hat. His daughter Erin launched a crowd funding campaign in October 2016 to produce a film called "Ruthless Scandal: No More Lies" to investigate her father's death. The campaign ended unsuccessfully in December 2016. 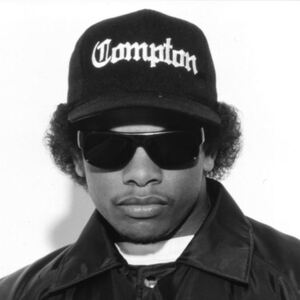