E-40 is an American rapper, entrepreneur and investor who has a net worth of $8 million. E-40 is a rapper who began his career as an underground artist. He opened up to a wider audience with his 1995 album "In a Major Way," and went on to achieve more mainstream success with his 2006 single "Tell Me When to Go." Beyond his solo career, E-40 was a founding member of the rap group The Click. E-40 has released 20 studio albums to date, appeared on numerous movie soundtracks and has made guest appearances on other rap albums.

E-40, whose real name is Earl Tywone Stevens Sr., was born on November 15, 1967 in Vallejo, California. Alongside his siblings Tenina and Dannell, he was raised by a divorced mother who worked multiple jobs. After hearing "Rapper's Delight" by the Sugarhill Gang, Stevens became interested in hip hop music. Starting in elementary school, he played the bass and snare drums. He later went to James J. Hogan High School, where he played baseball. While in school, Stevens and his siblings recorded and sold their own music. Following his graduation in 1985, Stevens moved to Louisiana to go to Grambling State University, which he attended for a year.

In 1986, Stevens made his rap debut under the name E-40. He performed in a group called Most Valuable Players, which also included his sister Suga T, his brother D-Shot, and his cousin B-Legit. The group played at a Grambling State talent show, and subsequently released the single "The King's Men."

Following their early success, Most Valuable Players was renamed The Click. Through E-40's independent label Stick Wid It Records, the group released an EP in 1990 entitled "Let's Slide." Two years later, The Click released the album "Down and Dirty," which peaked at number 87 on the Billboard Top R&B/Hip-Hop Albums chart. In 1993, The Click had a mainstream hit with "Captain Save a Hoe," and in 1995, had its most successful album yet with "Game Related," which made it to number three on the Billboard Top R&B/Hip-Hop Albums chart and number 21 on the Billboard 200. Later, in 2001, the group had a less successful album with "Money & Muscle," the final album before its disbanding in 2018. 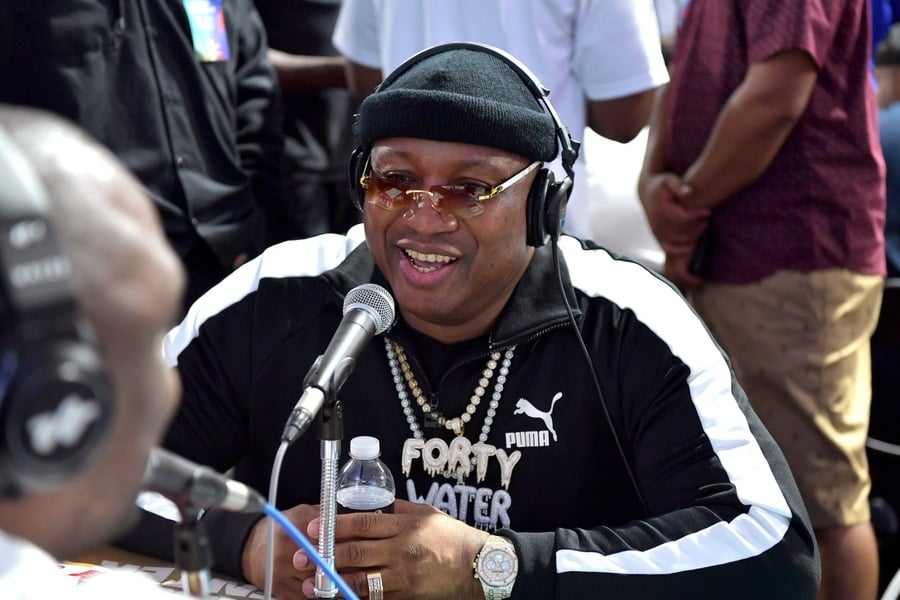 As a solo artist, E-40 originally garnered a local following in his native Bay Area. He released his debut album, "Federal," in 1993, and became one of the first rappers on the West Coast to sign a deal with a major label, which he did with Jive Records in 1994. E-40's second album, "In a Major Way," was released in 1995; featuring guest appearances by 2Pac, Spice 1, Mac Mall, and fellow members of The Click, the album peaked at number two on the Billboard Top R&B/Hip-Hop Albums chart and number 13 on the Billboard 200. More success followed with "The Hall of Game," which peaked at number four on the Billboard 200, and "The Element of Surprise," which made it to number 13 before eventually being certified Gold. Another Gold album came in 1999 with "Charlie Hustle: The Blueprint of a Self-Made Millionaire."

E-40 continued his successes in the 2000s with the albums "Loyalty and Betrayal," "Grit & Grind," and "Breakin' News." He began gaining more mainstream recognition in 2006, when he signed with Lil Jon's BME Recordings and Warner Bros. Records, and released "My Ghetto Report Card," which became his highest-charting album when it debuted at number three on the Billboard Hot 200 and number one on the Top R&B/Hip-Hop Albums chart. Moreover, the album spawned the hit singles "Tell Me When to Go," featuring rapper Keak Da Sneak, and "U and Dat," featuring T-Pain and Kandi Burruss.

Throughout his career, E-40 has collaborated extensively with rappers from the Bay Area and the South. He has been featured on songs by such artists as Eightball, Master P, DJ Shadow, Tech N9ne, The Game, BrokeNCYDE, Gucci Mane, and Lecrae, among many others. One of his most popular collaborations was with Lil Jon on the single "Snap Yo Fingers," which also featured Sean P; the track made it to the top ten of the Billboard Hot 100 in 2006.

E-40 is an entrepreneur and investor who has ventured into other business and investment opportunities, investing in such companies as Microsoft. Along with former NFL player Chester McGlockton, E-40 opened a Fatburger franchise in Pleasant Hill, California, which was later closed.

He is a spokesperson for Landy Cognac, and he opened the now-defunct Ambassador's Lounge, a nightclub in Downtown San Jose.

On Nov 16th, 2007 it was announced that E-40 (aka Earl Stevens) signed a franchise agreement with Wingstop Restaurants, Inc. and was slated to open one in Southampton shopping center located in Benicia, California. In late 2007, E-40 announced a new line of energy drinks called "40 Water". E-40, aka Earl Stevens as he goes by in the wine industry, released three wines including a red blend called "Function," a moscato and high-alcohol fortified wine called "Mangoscato."

In 1991, E-40 married his wife Tracey; the couple resides in Danville, California. Together, they have two children who both grew up to become rappers: Earl Jr. and Emari. 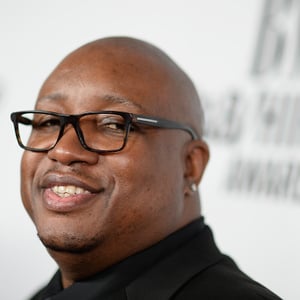