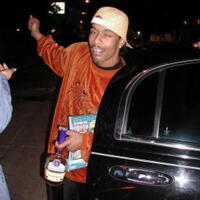 Dru Down Net Worth

Dru Down net worth: Dru Down is an American actor and rapper who has a net worth of $2 million dollars. Dru Down, also known as Darnel Robinson, was born in Oakland, California, and began pursuing a career in music in the early 90s. He released his first album, "Dru Down" in 1993. He followed this up with, "Explicit Game", a year later. However, he did not achieve appreciable notice until his 1996 release, "Can You Feel Me". The title track was a relative hit, and since then, he has released two more albums, "Pimpin' Phernalia" and "Gangsta Pimpin'". In addition to recording and performing as a solo artist, he also performs with The Regime, a group of rap artists that includes, Tech N9ne, Yukmouth, Messy Marv, and The Realest, among others. He has also guest performed on a number of tracks, including "Get Nasty" with Pretty Black, "It's Pimpin'" with the Yaz Boyz, "Attention" with E-40, and "Cheat-n Ass Lover" with Tha Dogg Pound.