Doug E. Fresh Net Worth: Doug E. Fresh is a Barbadian-born American rapper, beatboxer, and record producer who has a net worth of $2 million. One of the pioneers of hip hop, Doug E. Fresh rose to fame in the early '80s performing hip hop tracks with Slick Rick, DJ Chill Will, and DJ Barry B in the Get Fresh Crew. His songs "The Show" and "La-Di-Da," in which he performed his signature beatboxing and Slick Rick provided the vocals, became two of the earliest bona fide hip hop hits.

After Slick Rick left the group, Doug E. Fresh and the Get Fresh Crew produced one more hit single among two albums. Fresh, who is also known as the "Human Beat Box," released the solo album "Play" in 1995, and in 2007, he was responsible for "American Idol's" first-ever hip hop performance when he performed his 1985 hit "The Show" with contestant Blake Lewis. In 2010, the hip hop group Cali Swag District released the song "Teach Me How to Dougie," which showcased some of his old dance moves. He went on to teach the Dougie on multiple shows, including the BET Pre-Awards Show and the Soul Train Awards. In 2020, Doug E. Fresh received the I Am Hip Hop Award, the BET Hip Hop Awards' highest honor.

Early Life: Doug E. Fresh was born Douglas E. Davis on September 17, 1966, in Christ Church, Barbados. He grew up in Harlem, New York, and started beatboxing as a teenager. He has said, "I was probably like 13 years old, 14. And I used to walk home doing the beatbox from school. That's how I created it. There was no walkmans back then, no iPods, no CDs. There was just me. Back then there was the boom box." Fresh attended Charles Evans Hughes High School, where he met DJ Chill Will, his future Get Fresh Crew bandmate, in 1980. The two teamed up, with Doug serving as an MC and beatboxer and Will on the turntables, and began making customized mixtapes for $25 apiece. Slick Rick and DJ Barry B later joined them, and the four formed Doug E. Fresh and The Get Fresh Crew.

Career: Fresh's recording career began as a solo artist on Enjoy Records, then Vintertainment Records. In 1984, Doug and the Get Fresh Crew recorded the tracks "The Show" and "La Di Da Di" with New Jersey-based record label Danya/Reality Records, and after the songs were released as a 12″ single, Doug shot to stardom. The single was certified Gold and reached #4 on the "Billboard" Hot R&B/Hip-Hop Songs chart and #7 on the UK Singles Chart. "La Di Da Di" has since been sampled more than almost any other song in history. Slick Rick left the group less a year after "The Show"/"La Di Da Di" single was released, and Doug E. Fresh and the Get Fresh Crew released their debut album, "Oh, My God!," on July 7, 1986. The album included the singles "All The Way To Heaven," "Lovin' Ev'ry Minute Of It," and "Play This Only At Night," and it peaked at #21 on the Top R&B/Hip-Hop Albums chart. "Oh, My God!" is the only Doug E. Fresh album that he was not involved in as a producer.

Fresh appeared in the 1986 Dutch documentary "Big Fun in the Big Town," and in 1988, the Get Fresh Crew released their second album, "The World's Greatest Entertainer," which reached #7 on the Top R&B/Hip-Hop Albums chart and #88 on the "Billboard" 200 chart. The single "Keep Risin' To The Top" hit #4 on the Hot R&B/Hip-Hop Songs chart, and the album also featured the singles "The Greatest Entertainer," "Cut That Zero," Everybody Got 2 Get Some," and "D.E.F. = Doug E. Fresh." In 1989, the Get Fresh Crew had a song, "Spirit," on the "Ghostbusters II" soundtrack, and they released the non-album single "Summertime." In 1992, Fresh joined Bust It Records, MC Hammer's label, and Doug E. Fresh and the New Get Fresh Crew released the album "Doin' What I Gotta Do," which featured the singles "Bustin' Out (On Funk)" and "If I Was Your Man." In 1993, he moved to Gee Street, a label that was affiliated with Island Records, and released a single containing the tracks "I-ight (Alright)," "Freaks," and "Bounce." In 1995, Fresh released the album "Play," which featured an appearance by Slick Rick.

Fresh performed on the season finale of "American Idol" in 2007, and in 2010, the Cali Swag District song "Teach Me How to Dougie" was released, and Doug performed it with the band at the BET Awards pre-show in June of that year. In August 2010, he put on a concert entitled "The Show" at the Paradise Theater, and that November, he taught CNN's Wolf Blitzer how to Dougie onstage at the Soul Train Awards. The following month, Fresh spoke about the phenomenon of athletes using the Dougie as a sports celebration on "ESPN First Take," and he voted on sports-related Dougie dances. In October 2011, he performed at a benefit for New York City hospitals at the Paradise Theater, and from May 2013 to December 2016, he hosted a Saturday night radio show on 107.5 WBLS in New York. In June 2015, Fresh acted as a guest mentor on the NBC series "I Can Do That" and performed with musician Joe Jonas and comedian Jeff Dye.

Personal Life: Fresh began practicing Scientology in the early 2000s after being introduced to it by his former girlfriend, radio personality Miss Jones. He performed at the Scientology Celebrity Center's 2004 Anniversary Gala, and he was featured on two tracks on the Scientology album "The Joy of Creating." Doug opened a restaurant, Doug E.'s Chicken and Waffles, in Harlem in 2010 (which has since closed), and he also opened a club called Fresh. He is the father of six sons, and he manages the hip-hop group Square Off, which features his sons Solomon "Trips" Davis and Dayquan "Slim" Davis. In 2016, Fresh filed a lawsuit against the Fox TV series "Empire," alleging that a song performed on the show illegally sampled his hit "I-Ight (Alright)." Doug co-founded Harlem Hospital Center's Hip Hop Public Health Education Center, and in 2020, he performed on the song "Behind the Mask," which was "designed to increase the use of face masks as an effective means of stopping the spread of the coronavirus." 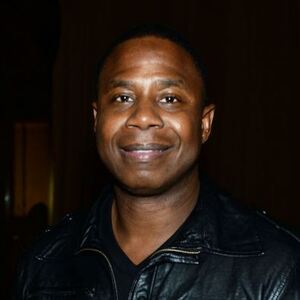